I keep having chance encounters with strangers that deeply affect me and they are always straight after my psychology appointments, I’m trying not to involve ‘magical thinking’ as my Psychiatrist calls it, into these coincidences but honestly, it is getting ridiculous.

Just after my previous appointment I went into the supermarket to grab a few things and the young checkout lady mentioned her history of anorexia to the lady in front of me, when it was my turn I told her I understood and I had been there and still kind of am there, this spurred a random deep & meaningful conversation about the shitfulness of eating disorders. Turns out she even lives near me and she gave me her name to find her on Facebook later.

When I went to pick up a book at the library the other day after my appointment, I overheard a very strange talk going on in a room up the back. People were asking questions that I couldn’t make out but I could hear the speaker’s answers such as “we weigh the organs”, “people object for religious reasons”, “dental records” and “only if we suspect foul play”. Curiosity got the better of me and I walked up to the room to listen in, I asked the librarian hovering by the door what on earth this was and she told me it was an Author talk by John Merrick about his new memoir “True Stories from the Morgue” and invited me to listen.

You can’t just walk away from a talk like that, well I cant, so I found a place to sit up the back of the full room. John was an excellent speaker, engaging and clear plus the subject matter was appealing to my morbid curiosity. Homicides, accidents, natural causes he had seen it all, but then he started discussing suicide, in great detail.

My heart skipped a beat for a minute as he described dealing with families who had lost people through suicide, parents, teenagers, children. Ever since my attempt I struggle to hear about parents committing suicide without crying, it fills me with guilt. John explained that the highest demographic to commit suicide was actually men in their 80s, I didn’t know that, but it makes sense. 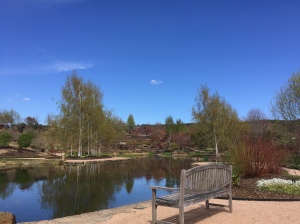 I rubbed my finger along the semi-colon tattoo on my wrist as he spoke of things I didn’t want to hear, such as the trauma of telling the loved ones of suicide victims that their father/mother/brother/aunt would need to have an autopsy to rule out foul play. I thought about how I shudder at the thought of ever being autopsied and yet I also want to be an organ donor and how these two things contradict each other.

He said that in the modern age, many young people have taken to videoing themselves committing suicide with their phones and that their brothers and sisters are often the ones to find it being more technologically able than their parents. I thought about how awful that was but how it could prevent the need for an autopsy in frighteningly equal measure.

The audience asked so many questions, some questions were stigmatised opinions from media, there were comments on the selfishness of people that kill themselves and there were some that were thoughtful and kind, the understanding of loved ones and people who had been there. I liked the fact that he had started a conversation that is usually whispered, and I liked that a bunch of strangers were talking about suicide openly, all agreeing that more needs to be done to prevent it.

One part I’m struggling with weeks later is that he also mentioned some of the most effective ways people killed themselves, I tried not to put those in my memory bank for later, just in case, but some things can’t be un-heard and I learned things I probably shouldn’t have. Things that I have thought of daily since (JP- I didn’t specify for a reason).

John said that he was going to commit suicide himself once, many years ago, but had been on call at the time and received a call to come into work on his way to do it and he went to work instead. He maintains that that one call saved his life.

After the talk was over I went up to him and thanked him for such an interesting talk, I told him it I’d be lying if I said it wasn’t triggering but it was a fascinating thing to stumble upon at random and I now looked forward to reading his book.

Really, I wanted to talk to John more about himself. I wanted to ask him a million questions about how he did that job while being suicidal and how the constant exposure to death had affected him, or numbed him. But it wasn’t the time or the place so I asked him instead how long he had taken to write the book and if his publisher was any good. He answered and laughed asking if I was a writer too, I said yes.

It was the first time I had actually said that out loud to a stranger, defined myself as a writer. But I suppose I am now, an unpaid one certainly, but writing has become the thing that I do, the thing that I love. John asked me the name of my book and I stuttered, “The Colour of Madness, but it’s not published yet” he said he’d look out for it, while I know he won’t, the sentiment was nice.

I drove home completely forgetting the book I originally went in for, I was emotionally confused I suppose. On one hand I was inspired to actually, finally publish my book, but I was badly triggered by the new knowledge I now possessed but could never forget and saddened by the thought that one day someone like John might be well explaining to my family why I would need an autopsy.