I was listening to the lovely Jamoalki’s latest podcast about his reactions and lack of reactions to the deaths of friends and family members and it got me thinking about my own tendency to not cry when someone passes away. Quick trigger warning here, death and suicide is discussed in detail.

Both my grandfathers died before I was born, one Grandmother after a long battle with Alzheimer’s lived in England and died when I was about 8, I had only met her once and while I was sad for my mother’s loss I didn’t have a connection with her and so I didn’t cry. My other grandmother died about 5 years ago at age 93, I am ashamed to say I remember the date as it was my son’s birthday but I don’t remember the year. We had been close once, but I felt nothing when she died.

There have been four people from my Garden Club pass away from cancer over the last 5 years, I have a plant in my garden in memory of each of them, but I didn’t cry. My psychiatrist says that my lack of tears doesn’t mean I am heartless, but I have spent such a lot of my life suicidal and believing that death is the better offer that I have desensitized to it in a way.

I have only been to three funerals, all friends that were under 45 – and I did cry at each of those, the atmosphere gets to me more than the actual loss does, the sadness of the mourners can be all encompassing.

One was my school friend Ben at just age 22 who died in a car accident, another was a local man I didn’t know very well really but I knew his wife, the whole town came to the funeral, the tiny church overflowed onto the grounds, it was sad to feel so much grief around me, particularly as I was deeply suicidal at the time and wished so much that I could have taken his place.

The last funeral I attended was that of a colleague when I was also deeply depressed and suicidal – I had written about it’s effect on me at the time and how close I came to suicide afterwards and have included that post below:

“She was one of those people with more personality than she knew what to do with. She stood up for the world and was passionate about everything, a mother, a wife, a sister, a friend she was many things to many people but to me she was a colleague. Her fiery sense of standing up for people’s perceived rights could be downright scary at times depending on which side of the argument you were standing. I won’t forget the blaze in her eyes as she would snarl “just try it! Her passion it seems, was born from her own inner demons, described as somewhat formidable at times.

While we had talked at work often, I think I learned more about her that day in the room full of mourners, those that had loved her than I would ever have been privy to otherwise. she was also a nurturer, a care giver, gardener and breeder of Pomeranians – I own one & didn’t even know that about her, we could have talked about it, bonded more perhaps. Would it have changed anything?

Her bright purple coffin adorned with the most brilliant display of flowers carefully collected from her own garden. I was somewhat saddened that we had so much more in common than I had realised and I wondered for the conversations that might have been had time permitted.

While the taste of salt trickled onto my lips, the feeling I had in my heart was not so much one of sadness for the loss of a friend, but of my own guilt. My outlook on what so many were calling a wasted life tainted by my own experiences and feelings, it is hard to admit that I was glad for her in that moment, glad that she had found the peace she needed at that time, the peace I secretly crave so deeply. I was envious.

Two of her four children, the same age as two of mine – their faces. The way her eldest daughter spoke with guilt wishing she had said and done more, or less – never imagining that once her mother had been admitted to the mental health unit that she would never see her again, not have the chance to take back harsh words and tell her she loved her.

That was hard to hear.

I took a deep breath and with a final look at that bright purple coffin I whispered goodbye. As I drove home my mood was rather surreal. The looks on those little faces, the same ones I would likely be causing on my own kids someday. It hurt so bad. For them so many more questions than answers.

The hardest part about this for me is it hasn’t changed how I feel in the way it seems it probably should. I was supposed to look at this as a realisation that I need to stay well for my kids, to TRY and want to stay well. But it didn’t work, I understand the intellectual concept and I feel as guilty as hell that I don’t FEEL it but I can’t help my own need for peace.

A few days later with these added guilty thoughts and pit of depression I had already sunk into before the funeral, I had an internal anxiety attack during work and literally ran out the door chased by a team leader who knew about my issues asking what was wrong, I told her “nothing” as tears stung my eyes, “I just have to go”.

I drove about 40km out of the city to a spot I had always regarded as a possible final resting place. A beautiful waterfall that tumbles down a sheer cliff face. I cut through the bush track to avoid the safety rail look-out area and instead climbed down the rocky stream to the edge of the cliff. I sat there with a bottle of water and a bottle of pills in my hand and my legs dangling off the edge, waves of numbness and simultaneous peace flowing through my body.

The sun was warm on my skin as I lay back absorbing the rays on my face for a while feeling very close to nature. My iPod on the ‘D’ playlist. ‘D’ for death. I had no paper to write a note. Oh well, best laid plans and all of that, someone would eventually go through my computer and find my heavily pass-coded ramblings.

As I thought about how I would position myself so that I would likely roll off the edge once the pills had taken affect a nagging little voice inside my mind kept saying “this isn’t fair on Cara”, not my husband, not my kids but Cara, my team leader who’s final words to me had been ‘are you sure there is nothing I can do?” with a look of startled concern in her eyes and a slight wobble in her voice. I had told her ‘no, but thanks..’ before I walked away without looking back.

Our team had already lost one of our own to suicide in the last week, and as I lay back in the sun tears stinging in the corners of my eyes I felt like I couldn’t do that to Cara- she would blame herself for not acting on her instinct, she’s only young and she doesn’t need that, it’s too selfish.

At that moment I heard voices from up the track. Shit! People were coming down to the look out. I shoved the pills back in my pocket and bolted up the flat rocks and back into the crevices of the boulders on the side. Getting caught on a cliff face with pills in your hand probably lands you locked up somewhere I don’t want to go.

I jumped back over the railing, walked up the track nodding a polite hello to the group of people coming down the other way. They didn’t know how different their day would have turned out if they had arrived at the secluded lookout just half an hour later. I got back to my car and drove the long way back through the city and home to my family like nothing had ever happened.” 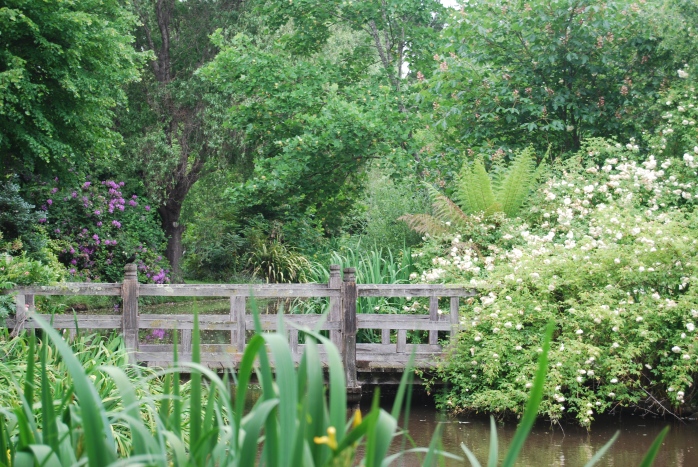 What I didn’t know at the time of writing this post was that my friends idea of committing suicide while in a mental health facility would ultimately trigger me to do the same thing.

I think about her often now, I wonder if she had of lived through that experience the same way I did if she would no longer be suicidal, if it would have ultimately changed things or if it would have just put off the inevitable.

How do you feel about or cope with different kinds of death?