The Importance of Perspectives

Yesterday I saw my psychiatrist M. I consider it as my best session to date because in all the madness and confusion of my last few weeks I had a monumental breakthrough. I have trusted M with many things, however I hadn’t yet been able to give full disclosure about my different selves, so to speak. While it came up once in the past, I felt safe to talk to her about it but not all of my head mates did and so it was never mentioned again. If I am honest I struggle to even remember what was said in that conversation.

Yesterday we, as in the different parts of me, were a bit scattered. There is a large part of us (Katie) that has been paranoid and freaking out unreasonably and dangerously so as coping mechanisms go it was agreed upon internally that it would be better for her to step back and let the rest of us handle the busyness of life for a while. However, Sunday brought some news (will detail in a future post) that triggered the crap out of her and brought her to the front terrified and angry, so it was necessary for her to talk to M and work through that a bit because frankly, she’s cracking up and very suicidal.

Yesterday morning I felt fine, completely in control and totally detached from her as I headed to my session, I actually didn’t think she was going to come forward at first which bothered me a bit because she needs to be dealt with and its not something I connect with so I can’t explain it and I’m at a bit of a loss about what to do about it, but after a bit of chatting M actually brought her out quite easily, she’s unconsciously good at that. 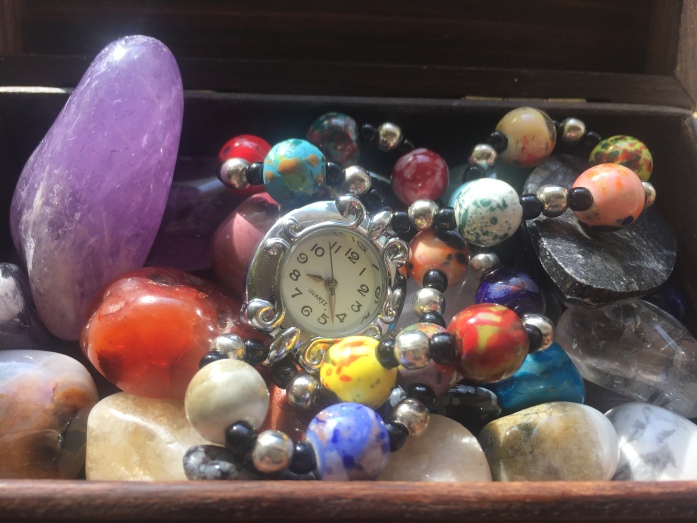 Katie was struggling, she wanted to spill everything, all her insecurities and fears but felt as if she was being physically muted from answering M’s questions by one of the others, yet could not articulate this to M. M was gently posing theories about what was happening while time seemed to stop. Some of them were close and some not so but Katie still couldn’t answer, she looked at the clock that had seemingly forgotten how to tick and M smiled at her and said that time wouldn’t seem to get any faster until she told her what was going on, but although Katie desperately wanted to she still couldn’t speak.

Then Katie looked at the candle burning on the little table next to the couch and noticing that it was odd that you could see the flame right through the outside of the brass coloured candle holder considering the material the holder was made from, commented on the fact out loud.

M looked at the candle, looked at her and back at the candle and then replied that she could not see the flame, just the outside of the holder and suggested gently that perhaps only Katie could see it? But Katie was adamant that it was really there and told M to come over and look at it from her side of the couch. M smiled almost sadly for a moment but humoured her by turning the candle towards herself and was suddenly noticeably surprised, commenting that the candle’s flame was now indeed strangely visible through the side of the holder, she then turned it again and showed Katie her side where the flame was not visible at all.

Talk about an appropriately timed metaphor for looking at things from other people’s perspectives. With both of them realising that both their realities were correct even though they differed they seemed to look at things in a slightly new light (pardon the pun). Katie must have felt suitably validated as she promptly disappeared and I was suddenly back in control and not feeling the least bit attached to the paranoia Katie was experiencing just moments earlier.

Then I suddenly felt a big and rather anxious push from one of the others to ask about a very odd image seemingly unrelated to anything at all in my life that was randomly being thrust into my mind. It felt like a make or break moment and took me some time to work up the courage to get the words out and ask M if it meant anything to her.

It actually had a massive significance and both of us were clearly surprised by that. She seemed to search for the right words for a moment and then decided to tell me it’s meaning, I felt a huge weight lift from my shoulder and could sense the block from the others had been released, this had validated a belief and proven existence of a power that we had been so internally divided about to the very person whose judgement we so feared and yet so desperately craved. M looked at me differently, I looked at M differently, there was suddenly a connection on a whole new level, a spiritual one.

She realised there was more to this than just mania, and so did I.

I left feeling light, for all of the intensities of the past, none of it mattered. The universe had repeatedly been guiding us to this point and I knew now we would be accepted for whatever it is that we are and that we finally had someone who we could completely trust that would help us figure out exactly who and what that is.

← On Spiritual Coma’s and Jumping Jacks
Psychosis or Spirituality? →

5 Comments on “The Importance of Perspectives”

My Tweets
Join 3,038 other subscribers