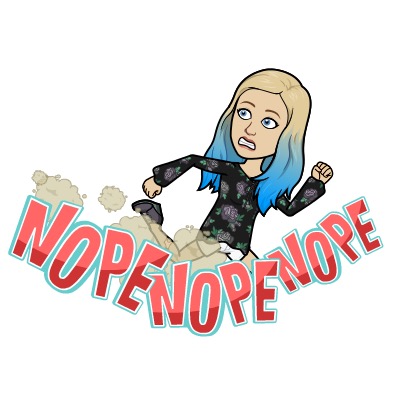 “So, why don’t you want to take the medication?”

1000 reasons I could possibly legitimise my decision to not medicate my Bipolar Disorder with swirl through my brain as I try and find one that you will accept, something you can understand.

They too are factors, but they aren’t what is really holding me back and I don’t know how to explain myself to you when you can’t possibly understand the truth.

You see, I can’t really understand the truth either, because in this case the truth doesn’t make sense, but truth is sometimes stranger than fiction and the truth is that if I do take those pills he will destroy me.

The fact that intellectually I can see how my truth looks, well unlikely, impossible even – only makes it harder to quantify, harder to explain because I know in my heart of hearts that it’s absolutely real and I know because I have experienced it.

“Jeff”, the guy with the unsuitably friendly name who appears it seems, only to me and ‘The Others’ that live in my head. Jeff who oozes evil from his core, Jeff who I repeatedly question might actually be the devil himself even though I don’t believe in the devil. Jeff let me know in no uncertain terms that he can, and will, end not just my own life but the lives of those I love, should I dare to try and banish him again by taking those forbidden pills.

You see, I took the medication once before after he had shown himself to me and suddenly he disappeared, giving what I believed to be confirmation of the theory that he never really was to begin with.

So why won’t I take them now? I know, I know it sounds ludicrous, believe me the whole thing feels insane to me too, I mean surely if the pills will make him disappear then obviously I should take the pills and then he can’t bother me, easy! It makes perfect sense!

Except that won’t work. He has told me with an evil chuckle that chills your soul, the pills don’t actually remove him from existence nor do they change his powers, they simply leave me, personally, unable to see or have communication with him. Apparently, if I can’t see him, and in turn do what ever his bidding is, he will make me suffer and I won’t be able to prevent him or even know that he’s coming until it’s too late.

To put it in terms you, or at least the arachnophobic types amongst you, may more easily understand…

It’s like having a giant venomous spider in the room, if you can see him in the corner you can plan your next move rather than just running away screaming as fast as possible, visibility means you have some control over what happens next. But if you know that giant hairy legged beast is still in the room but he has disappeared from view like a creepy crawly poltergeist and he could be anywhere…. Fuck that! You’re absolutely moving out of the house until he’s found and dealt with by someone else, because who knows where and when he might pop up and sink his deadly fangs into you?

Jeff is my venomous spider. I don’t know what he actually is exactly, I don’t know if he is a malevolent spirit, a demon, an alter, a parallel version of me from a past life or simply a very powerful and realistic hallucination.

I do know that whatever he is, he has killed before. He has shown me the detailed horror of taking a human life in cold blood as if it were a memory of my very own, a memory that wakes me sweating from sleep some nights leaving me filled with unfathomable guilt for his actions when he has none at all, he just laughs at the whole god foresaken spectacle and feels immensely powerful for it.

One at this point would assume that I could still easily poison him away with those royal blue capsules of psychotropic promise in my medicine cabinet, but you see I battled with him once, and I lost.

I was in a mixed manic episode and arguably quite unwell, I decided I would take the antipsychotics prescribed to me that morning as soon as I got home and he didn’t like it, told me if I killed him, he’d kill me. I began openly expressing my doubt in his existence accusing him of being a hallucination and letting him know that I was suicidal anyway so it really didn’t matter to me if he killed me.

This battle of wills occurred while I was driving with a sleeping child in the back seat, it was a discussion that took place telepathically without audible words until I said firmly out loud “No, I’m just not dealing with you anymore” and in that moment I heard him speak out loud too “I own you” he growled and then proved it to me by suddenly forcing my arm turning the steering wheel hard to the right and holding it there for just a few seconds but a few seconds long enough to catapult me onto the other side of the road and scare the shit out of me.

Luckily there was no car coming opposite and heart beating through my chest I was able to regain control of the car before crashing into the trees. My daughter didn’t even wake.

Jeff didn’t care that my child was in that car, he wanted to prove that he could control my body and he did. He’s a dangerous psychopath and while I haven’t had him contact me in quite a while or even felt his presence nearby, the “what if’s” are too frightening and I haven’t been willing to take the risk of taking medication since.