Run, Run, As Fast As You Can 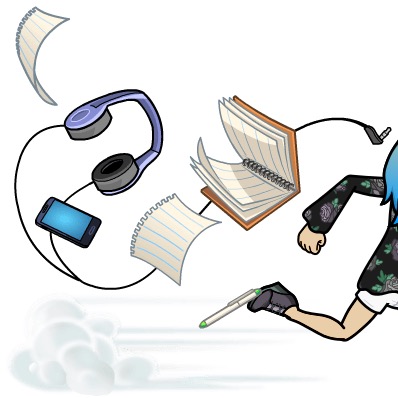 *My intent here is NOT to glamorise suicide, I am NOT saying that it is ever okay, there are ALWAYS other options. I am just saying that I certainly UNDERSTAND why people reach a point where they decide to take their own lives and the reasons why I did.

I’ve always run away from my problems, especially any that involved conflict. Confrontation scares me more than anything, it always has. My Mother in law made and off the cuff remark over lunch a while ago where she referred to my suicide attempt back in 2015 as ‘running away again’, it was the ‘again’ that got me. Then she kept hinting that I don’t know how lucky I am. Her saying that made part of me frustrated and angry and part of me want to cry and flee from the restaurant, proving her point entirely.

Was I taking the easy way out? Maybe, but what are we comparing ‘easier’ to? What is hard enough to be viewed as acceptable for this line to be crossed? If someone had a stroke and was “locked in” so to speak, is it okay then? I know my mother in law has previously stated that she feels that she would rather be dead than live like that.

See, with Mental Illness, it’s kind of the same thing only reversed. My body might work, but my mind is broken, sometimes broken so badly that I feel like I am essentially ‘locked out’. Just because you can’t see a ‘good reason’ for my pain, it doesn’t mean it doesn’t exist, try living in my head for a week!

Bipolar Depression is a bit like RSI of the mind, the negative thoughts do more and more damage over time, positivity and affirmations are like the gels and creams for your joints, they might help for a bit, but overtime if the strain causing the issue is still there your neural pathways wear down more and more making it harder and harder to treat. The joy about bipolar, at least in my experience, is the depressions lift and give us a reprieve but they come back like muscle memory and often harder and faster each time.

‘Things will always get better’. Yes, things can and will change, such is the nature of life. Physical situations may improve, feelings may change too, but my decision to give up on life wasn’t made lightly. It wasn’t because the world got too hard for me to bother with one day so I decided it was easier to die. Sure the world throws bad things at you sometimes and some poor people seem to get more pieces of that pie than others…

But new things, things that you would never want to be without experiencing will always end up growing from the ashes of despair. I knew that, then and I possibly could have gotten through a life change or temporary sadness back then because there is always some sort of way to escape from that.

Living in my mind is what felt impossible, I became too difficult for myself to handle, 24/7 endless grating self hatred, intrusive thoughts and no matter how hard I tried over the years to change myself, I could never run away from me. No matter what, I was always still right there.

Unfortunately, these were parts of me that nobody else saw, there were abusers living with me from whom I could not escape, those abusers took it in turns to torment me in various creative ways, day in, day out for over 25years.

When your abusers live inside your mind, when only you can see and hear them, when they are with you when you wake up, when you go to sleep, in your most intimate moments, infiltrating your dreams with their hateful taunts and venomous suggestions. Sometimes it feels like the only possible escape is a permanent one.

It was out of guilt most days that I took the next breath, yes, it has always been guilt and not fear that makes me step back from the cliff edge, put the lid back on the bottle or let the train go past. Guilt for potentially hurting the people that love me the most and yet could never possibly understand, the people I would never want to be able to understand.

Long term abuse, while you can become used to its presence, gradually wears you down until one day you realise that you now only watch yourself from above as what is left of your soul shatters into dust.

Finally the guilt that kept you alive for so long dissolves in the pain of living, and in an effort to find a moment of peace, a second of silence, you decide to leave your abusers for good. You take that final step off the cliff edge of freedom, swallow those pills or pull that trigger.

In that moment that I knew the deed had been done, there was a flood of simultaneous relief for knowing I was free and intense grief for a life lost, my lost life. Sometimes you wake up again like I did, sometimes you don’t.

Despite how I feel when the darkness sets in again, I am lucky that I woke up. The butterfly effect of me being in the world alone is enough to make a difference to someone, somewhere even if it doesn’t always feel like it.

I wish that nobody knew what it feels like to hate yourself with such intensity that compliments burn like fire, yet flames no longer hurt you. Yet I am far from alone.

I know within myself that I am equivalent to Hitler, but when my psychiatrist asks me what I have done that is so bad, I can’t answer her because I don’t know. I just know that I am inherently evil, stupid, ungrateful, pathetic and an embarrassment. I know this because I feel it in my bones and I have been dutifully told so multiple times a day every single day for as long as I can remember.

Those that tell me these things laugh at my every incompetence, sarcastically belittle my every action, my every thought.They read my mind, confuse my thoughts, make me doubt my own eyes. They threaten to hurt me physically, sometimes they do. It feels like they can’t ever be brought down, they can’t be stopped and sometimes I think nor should they; because deep down, I still believe they are right.

All we need is hope. 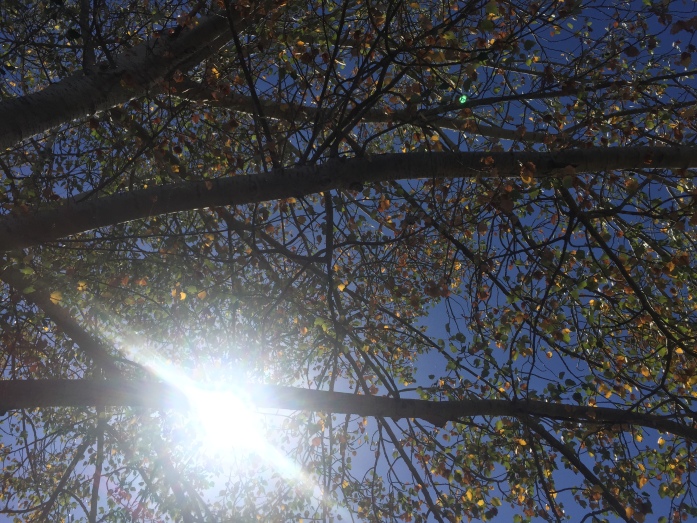 ← Song Off!
The Many Me’s & Finally Fighting Back →