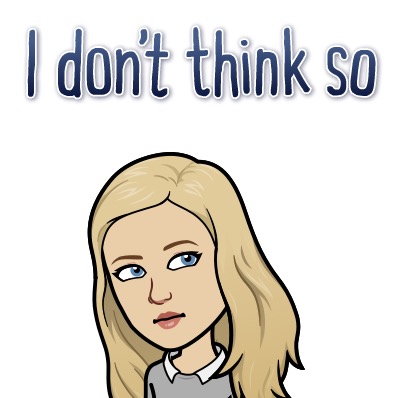 The awareness campaigns have good hearts, they are filled with messages of hope and positivity, their aim is to remind people that they can always choose life! But when they proclaim that suicide is 100% preventable, they are sending a message that I feel is not only inaccurate, but one that could potentially cause a lot of emotional harm to the surviving friends and families.

If we want to be painfully technical then yes suicide may be 100% preventable, but for no reason other than the suicidal person can decide not to do it. You may disagree with me, “of course it is preventable” I hear you say, “we just need to look for the warning signs, we need to ask people if they are okay, we need to provide them with helplines and good access to mental health care!” While awareness is extremely important and those are all wonderful ways to help people, my main problem with the thought process behind it, is the fact that when interventions are unsuccessful, grieving families are left behind blaming themselves for not saving their loved one from a “100% preventable” death.

One of the most important lessons we can learn as human beings is that yes, we can absolutely influence our environment and the people around us, but the only thing we can completely control is ourselves and our own actions and reactions to situations. Implying that it is possible to prevent another persons suicide, ALL the time, 100% of the time, is putting an unjust amount of responsibility, pressure and blame onto those left behind.

People miss ‘red flags’ all the time, some seem so obvious in hindsight, but such is the nature of hindsight. Often though, the warning signs are much more subtle. The fact of the matter is we are human beings, not mind readers and we simply have to accept what we are being told, and many, many suicidal people lie about how they are feeling. Sometimes even when the warning signs are recognised, when professional help has been sought, despite therapies and medications and lifestyle changes, in the end the final decision lies with the suicidal person, I should know, it happened to me.

I was actually hospitalised in a psychiatric unit sectioned involuntarily under the mental health act the night I reached the rock bottom of my 2015 Bipolar depressive episode and took the overdose that nearly ended my life. There I was, in a safe place, surrounded by trained mental health professionals that wanted to help me, and yet I was still intent on and able to attempt suicide. Now people that hear this story tend to jump in and play the ‘blame game’ at this point, I’m quite sure my family did when they first found out I was in a coma in ICU.

Where was the hospital in all of this? You might ask, wasn’t I supposed to be in their care? I was clearly unwell and deemed enough of a risk to myself that the state had decided to involuntarily detain me, so how on earth had I managed to acquire enough tablets to overdose so spectacularly and why didn’t anyone notice and stop me?

But you see, even though I was definitely unwell and yes, in the hospital’s care, there was nothing they could have done differently at the time to prevent this outcome. When it came down to it, the decision to end my life was entirely my own and I had in many ways made it long before going to hospital, long enough to research and plan a foolproof method of smuggling a fatal dose of prescription medication past the extensive security measures and onto a locked ward and then have it prepared and ready to go ‘just in case’ I was ever sectioned and wanted to die. I was also then sneaky enough to perfect my timing of taking it around the regular room checks as not to arouse suspicion. Although, had I died that night, a court of law may have found I was not of sound mind and thus not legally accountable for my own actions, the fact of the matter is, my suicide attempt was not 100% preventable, it was absolutely suicide in the 1st degree and the only person who would have ever been able to prevent it, was myself. It was purely luck that a nurse stuck her head in my door when she had to unexpectedly check on a different patient who had cried out and happened to find me unconscious just as my breathing began to cease that I am even here to tell this tale.

So, I believe that leaving the grief stricken loved ones of suicide victims with the message that absolutely all suicides are preventable only serves to leave them with terrible feelings of guilt, lamenting over what they ‘could’ve, should’ve, would’ve’ done better when in reality, the outcome was not their control.

While suicide might not be 100% preventable it is still very preventable; and it is absolutely something that as a community we can help to reduce. We can do this by teaching our children and peers the importance of good mental health and how to achieve and maintain it, continuing to raise awareness of mental illness thus reducing the attached stigma, we can quietly or loudly spread the message that during a crisis in one form or another help is always available and most importantly, within our capacity to safely do so, we can be there for family and friends who are struggling, to help out a bit or just listen in a loving and non-judgmental way.

Do you feel suicide is 100% preventable?