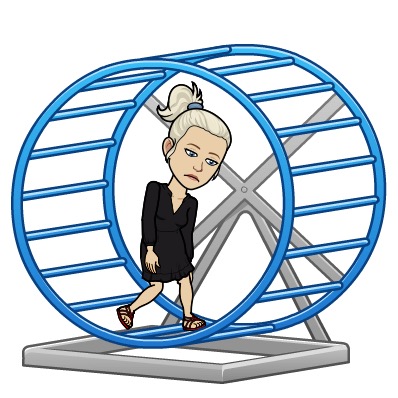 We’ve had a few emergency psychiatrist appointments recently, due to a continuous state of fight or flight and yo yo like mood swings that include but aren’t limited to paranoia, mild delusions and an intermittent, sudden yet intense need to die immediately.

M calmed me down when I saw her the other day, as she does, and they’ve put us on the cancellation list for another appointment in December too because hospital simply isn’t an option because of past traumatic experiences and the next appointment wasn’t scheduled until February.

I suppose nobody likes the idea of a Christmas funeral. On the way out of my session M said to call her in the meantime, anytime, “if the wheels fall off”.

At least that made me smile, I do love me a metaphor with decent pun-able mental imagery. The trouble is, I don’t quite know what constitutes the wheels ‘falling off’ anymore, last time I would say they properly fell off I think we were already sectioned in hospital, then when that car crashed, well it really crashed.

That little incident only just deemed us repairable, but I for one haven’t quite been the same since and days like this when I lie in bed exhausted by the effort of simply existing, not so deep down I still wish they’d just written us off.

I wonder how we can move forward from here, life is overwhelming and confusing and frankly it probably always will be. Nobody is coping, suicide shouldn’t be an option because if causes so much pain and yet living feels unfathomable.

Do I call her before or after we run off the metaphorical or perhaps literal road? How much distress counts as too much? We can be sobbing hell bent on ending it all one minute then instantaneously I find myself blankly numb and somewhat aware of the situation yet I can’t truly relate because I’ve suddenly forgotten the feeling of that emotion and often the trigger of it the next. I know that’s a weird brain coping mechanism, but it doesn’t really feel like it’s helping me cope, just delaying the inevitable.

What is good enough reason to call? I feel like I shouldn’t call unless we’re actively dying yet I can’t call then because then there’s nothing she can really do for us anymore, not if she was going to stay true to her promise anyway.

I would prefer that she wasn’t left with undue guilt for going against her instincts but I’m also not about to risk forcing her hand.

We are both gambling here, it’s taken a hell of a lot for me to trust her, I am trying really hard and she knows it. But she is putting a lot of trust in me too, if something happens and there were implications that she didn’t do her ‘duty of care’ I would never forgive myself because she has been so amazing and I wouldn’t be able to write this now if it weren’t for her support.

In the end you can’t save everybody and I make sure I always choose my words carefully when I speak to her about what is rattling around in this head because there must always be room for plausible deniability, just in case.

Last night I was swerving pretty badly and I’ve definitely got a flat right now. But I’ve been driving like this for so long now that I’m not sure if my rims are just damaged beyond repair, because as often as I fix those bloody tires with all the therapy and medication I can muster, time passes and I always seem to find myself just drifting back into the gutter again.

I think I must have square wheels.

Speaking of squares and subject changes, Mr 16 pointed out to me that saying ‘be there or be square’ makes perfect sense because if you aren’t there then you aren’t ‘a round’. Been hearing that saying for like 30 years and never figured that out before… How bout you?

← All Out of Magic Wands
Crouching Liar →