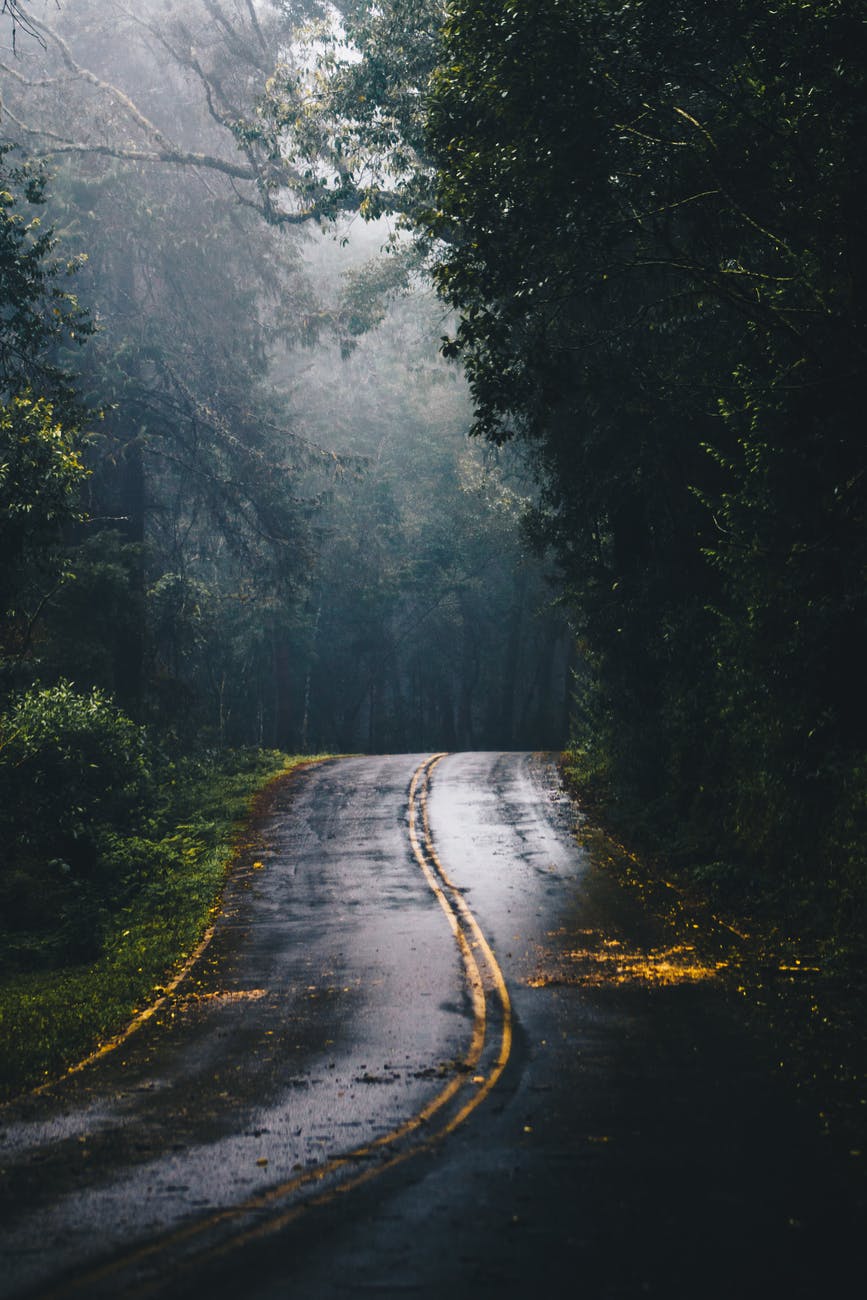 The morning sunlight filters through my bedroom blinds and burns through my eye lids. That and a mild throbbing sensation in my head the only remnants of last nights ugly cry induced migraine. Ugh. I put the pillow over my head and briefly wish I hadn’t woken up, now or perhaps ever. As I struggle to get out of bed, nausea envelops me and I am momentarily still while my body decides weather or not it’s going to expel the contents of my stomach.

Yesterday was hard, we had a car accident. I hesitate to call it a trauma because we weren’t injured and the car is repairable, but the fact that nobody was killed is possibly a miracle but it took a toll somewhere inside us.

I wasn’t driving. Well, I guess I kind of was, we were, technically. I saw it but I didn’t, it’s hard to explain – some memories here are belonging to her, some my own, there were so many gaps which she filled in later, but I can’t claim them or do her emotions justice with my words.

I only saw the truck when it was in front of our car, like it was right there, it was going to hit us, then I saw a blur of trees, a white car, a blur of other cars, then more trees. Then suddenly we were stopped, there was a gum tree, the car was on an angle up against it, we were okay.

Maybe I was in a daze, watching intermittent images pass through that familiar dissociative tunnel. I saw her shaking fingers trying to call our husband, then I saw a truck pass us slowly, it was in the lane we’d been in, then I saw a frazzled looking man with a bright yellow top and a ruddy face that matched his hair, he was coming towards us quickly.

I heard him say something, probably asking her if she was okay, she was trying to explain what happened but she was crying very hard, he thought he could get the car free of the tree and I briefly noticed his white truck parked on the side of the highway about 30m in front of my car, but it wasn’t a tow truck to get our car, it was different.

Then I saw us hand him our keys and he dislodged the silver sedan we had borrowed from our father out of the poor gum tree. I know he’d asked if we were sure we were going to be ok because I vaguely remember her saying we were fine and thank you but he could go because our husband was on his way.

I saw him get back in his truck and drive on and thought it vaguely odd that he did a U turn at the next farm gate, shouldn’t he be going the same direction? He must have passed on the other side of the road already and turned around to check on us. That was kind, nobody else stopped. I saw as we waved ‘thank you’ as he passed by. I saw things in bits and pieces but I was emotionally numb, I couldn’t feel her anguish, I couldn’t understand why she felt it.

I remember feeling guilty though, as her body, our body was heaving with violent sobs and she begged me, begged anyone to please come out, to let her escape this moment or at least help her stop crying, stop her making a fool out of herself as she always did.

She told us over and over she wasn’t strong enough to cope, she wanted to run onto the road in front of the next car and fix the Devine mistake that had apparently spared her, spared us. But I felt paralysed, I couldn’t move or speak or do anything to take her emotional pain away, I couldn’t last time either.

Someone, probably Suzi gently explained she needed to stay there right now, she had to preserve her memory for the police report we needed to file and if we involved ourselves or took over she might forget or get confused then the driver of the truck that had kept going after causing the accident couldn’t be caught. She told her to inhale slowly and spell B.R.E.A.T.H.E  in her head and again as she exhaled, over and over until her sobs slowed.

I don’t know how Suzi stays calm in situations that are out of our control like this, she always seems to know what to do where as I can only seem to shut down and watch like a pathetic bystander. I just kept repeating ‘I’m sorry’ over and over, but I don’t know if she heard me.

I heard her tell our husband her story later, between shaking breath and heaving sobs, I heard as she spoke of driving along the straight stretch of two lane highway, how she saw a truck approaching in the opposite lane with a yellow “wide load” flag on its front bumper.

She spoke of noticing it “wasn’t that wide” and “well within its lane” then as she got closer it suddenly wasn’t in its lane, but it wasn’t because it was wide, it was because perhaps the driver wasn’t paying attention for just a moment and drifted over, taking our entire lane.

That was the moment I had seen the truck I guess, one big bull bar coming right at us, almost like it was aiming for us intentionally.

She had swerved hard to the left to try and avoid hitting it and we found ourselves heading for trees at 100km per hour, she must have panicked and swerved violently back again but of course (understandably) over corrected, someone insiders screamed “No!! We’re in Dads car!”

Then suddenly I saw there was a white car, like the truck it was right there, right in front of us, the drivers life must have flashed before their eyes; it had been behind the truck.

She pulled the wheel back the other way over correcting once again, but this time she couldn’t get control back and we went off the road through the grass and skidded into a tree.

It could have been so much worse.

We sat there, the front side of the car wedged in the hill of tree bark and bracken and ugly cried, our heart rate alarm went off on our iWatch around then breaking the shock momentarily, 40 beats per minute, oddly too low, not too high.

I struggled to understand why she was so upset, why I felt so frozen. On one hand I could grasp that it could be a frightening situation, but empathy isn’t my strong suit. We weren’t hurt, we hadn’t hurt or killed anyone else, the car was repairable.

Maybe it was partly because it felt like such a metaphor for our life, nobody had ever seemed to notice when we were struggling, people never seemed to realise when we needed help, they all just watched on oblivious as we crumbled.

She finally got her sweaty fingers compliant enough to dial the right numbers in the right order and reached our husband who comforted her through the sobs, told her to phone the police and said he would be there as soon as possible.

She called the police to ask what to do, the officer who had answered sounded so young, she was embarrassed because she was still ugly crying, struggling to form a coherent sentence, he spoke kindly but she knew he must think that she was such a cry baby, so pathetic and stupid.

He offered to send a car to take a statement but she’d declined, too humiliated by the seemingly unstoppable and unnecessary flow of tears. He told her to come into the station and make a report within 24 hours, that maybe they’d be able to catch the truck driver that had run us off the road or maybe a witness would come forward with a statement or dashcam footage.

She hung up, distraught with the situation, disappointed in society and torn between all the feelings that had overwhelmed her; she could have died and yet in the end so much of the reason she was crying was because she didn’t.

She’d had her perfect out and she didn’t take it, instead she’d broken her fathers car and in her shame, another piece of her heart.

She wrote on Twitter with shaking fingers, desperately trying to distract herself or vent I guess, torn up that several people had witnessed the accident and yet nobody had stopped.

A good 10-15-20 minutes later, I really don’t know how long it was, it felt like a lifetime to her, but then again, time is never linear for us, through our misty glasses and blurred teary eyes she noticed a fluro yellow shirt coming towards the car, someone had finally pulled over.

← Selective Memories
On Multiplicity and Madness →