On Multiplicity and Madness 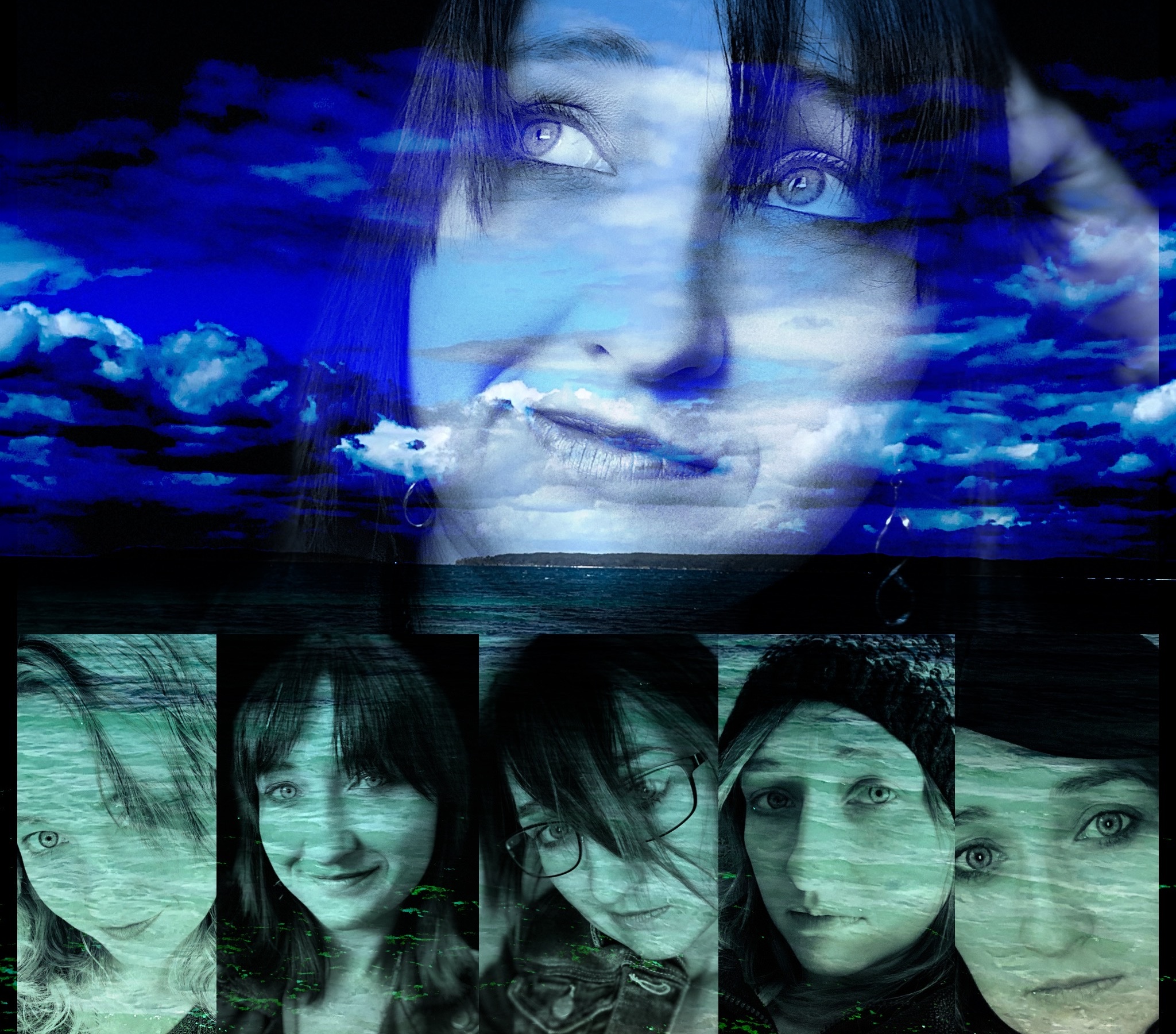 I think the moment I became truly afraid of my own mind was after witnessing another of my ‘selves’ spend hours combing over old MRI films and scouring the internet, she was sifting through medical dictionaries and thesauruses working out how the hell to read them.

It wasn’t so much her manic quest for answers that frightened me, but because she was trying so desperately to find a way to prove the existence of the microchip some mythical “they” had implanted in the back of our neck for reasons unknown.

And she was hell bent on removing it.

This fear cloud wrapped around me as I suddenly became aware of what had been happening over the previous few hours and I started to concede that we indeed, may genuinely have a problem with psychosis and what that could mean for us.

I knew we had issues, but were we really THAT crazy?

This wasn’t all that long ago, a few years maybe? I don’t know, time is hard. But it was long after we’d already seen shrinks, written blogs, had suicide attempts, hospital admissions and diagnosis’s not to mention taken and given up a plethora of antipsychotics and mood stabilisers.

You know, those clues that one may be a touch unstable that can still somehow easily be overlooked while swimming in denial.

Using a strong magnet to first corrupt the chip, she had then planned on locating it with a needle and cutting it out with knives or even scissors because a scalpel wasn’t available. The hard part was apparently trying to work out enough basic anatomy to not do too much damage and successfully cover up the fact that it had been removed in the first place. She even had plans to put the chip in a necklace so they thought it was still in place but not working and then she’d catch them when they attempted to fix it.

The problem with this sort of delusion, other than the obvious safety implications of course, is that every counter point seems like evidence and confiding in anyone is out of the question, as they would likely be ‘in on it’ anyway. If she were to consider that it might be a psychotic thought and was told to take medication then of course she knew the medication would be poisoned to knock her out so that ‘they’ could secretly move the chip and just tell her she’d imagined it all and she was crazy.

It’s such an egocentric thought train paranoia, yet so compelling to the person stuck inside it. I mean what the hell would some fabled ‘they’ want with us anyway?

“I remember them putting it in, they drugged me!”

That was the explanation I had been given at the time. I think she’d had some sort of partial flashback, misinterpreted and now she was dead certain the chip was real, in the back of her neck and she blamed the ‘aliens’ because she had seen them.

Only that wasn’t what happened of course, it’s not that she was intentionally making it up or that it was based on absolutely nothing either, it’s just as a child living in an adult body it was the only explanation she could find for her memory that was strange enough to not force her to live in fear, yet logical enough to explain away her trauma.

It’s amazing what answers you can be willing to accept to avoid the fear of the unknown.

I’ve never told anyone that happened before, not even M.

I think at the time it had crossed some sort of personal fine denial-line I was balancing on where there were still possible, all be it far reaching, alternative explanations for those random thought oddities; I mean things other than psychosis or terrifying trauma that lay festering and wilfully ignored at the bottom of our intuition.

You see it feels weird being multiple, because, well being multiple is weird. And while there’s logically acceptable science to it, you always have some doubts deep down about its reality in relation to you. The doubt makes you question your sanity and redefine the term a million times hoping to eventually reach a conclusion you can live with. 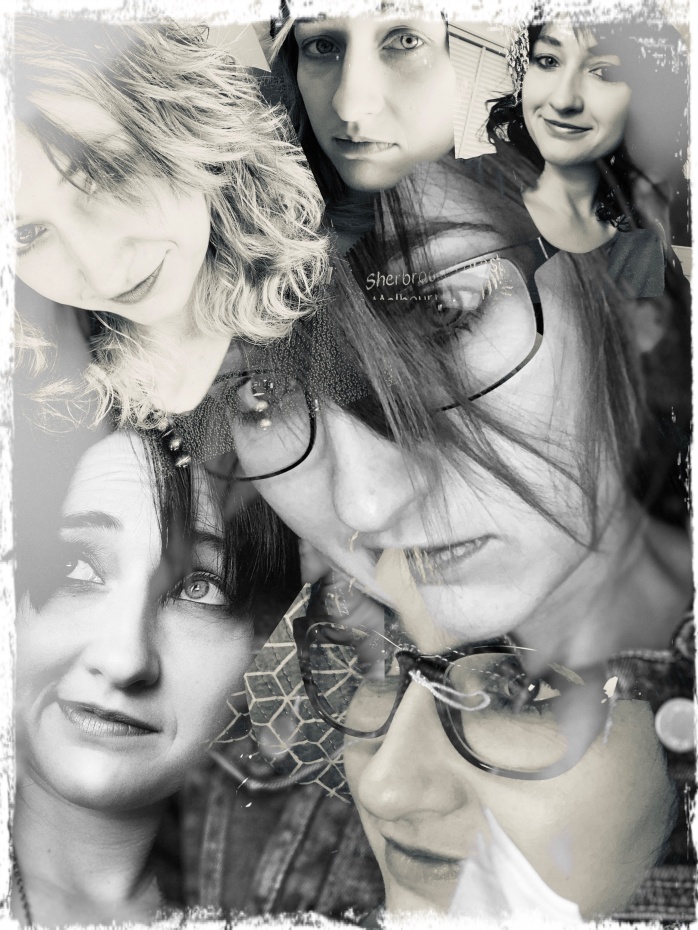 It’s so hard to know what’s real when reality is already so bizarre. When your body is performing actions without you and you just witness it, an onlooker unable to physically do anything- like the microchip incident.

Feeling their feelings overwhelm you at random, although you don’t understand what they’re about or where they’ve come from and then in a moment they’re gone, like they never happened, shoved back into its box and suddenly you find you have complete control again, so the children can be collected from school or the phone call can be taken and your left with the fuzzy memory thinking did that just happen?

It might be easier to accept one without the other, but multiplicity and psychosis are both part of my life, our life. And I have to learn to live with that.

It’s comparable to one of those icebreaker games where ten different people write a sentence or two each of a story & are only allowed to read the last word of the last sentence before adding their part and then you see what comes out at the end.

Sometimes you only see questionable evidence of lying on the floor later on and try to piece together your life like a crime scene or hear stories of things “you” have done for the first time from other people.

Perception is reality and ours are all a little different, so which reality can we claim to be the right one?

It fills you with a bizarre kind of empathy though, some far reaching part of yourself that can relate to virtually anything, but no matter how many miles you walk in your own damn shoes, when it comes to psychosis issues with yourselves, it’s still like watching a close friend or family member slowly disappear right in front of your eyes from some terrible genetic disease that you have more than a 50/50 chance of getting too.

I fear my only protection is the dissociative barriers that seem to keep me safe from suffering the same fate. I cope with the drama, the new traumas, the soap opera life we struggle so hard with and yet if it’s not there to force me to take control then what happens to me? Will I disappear? Descend into madness too? Am I already there?

I understand that part of healing from our traumas is lowering those dissociative barriers yet I fear the word “integration” as though it’s a cancer threatening to invade my whole world with her delusions.

I don’t want to be crazy like she is, I want to look after her and help her but I am so terrified of becoming her, and yet to the whole world around me, I already am.