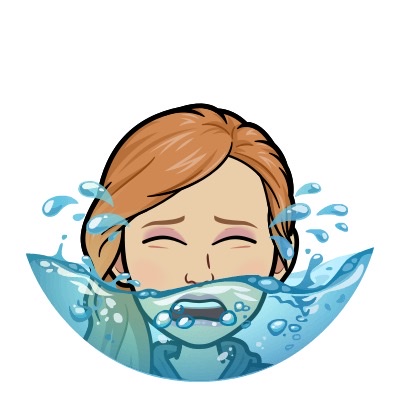 This is one of those weeks where I’m lucky to have DID, lucky that I can separate myself from myself, my life, my emotions, all the shit for long enough to survive it all.

Last Sunday hubby had an accident and cut his finger, like a bad cut, a cut that needed microsurgery to repair but it was the weekend so the hospital bandaged it and said drive the hour and a half in the next morning to see the surgeon.

Monday we drove in to the city, hung around at the hospital for a while then they decided to put of the surgery until Tuesday, I had therapy, it was a hard session, I switched for some reason and missed the whole end & I don’t get to see M again for a whole month. Got home & we ran out of water, the drought is really bad, we haven’t had rain in so long it’s not funny, called the water delivery place, they are really busy but managed to organise a water truck for Wednesday since we were totally out.

Tuesday we drove back in to the hospital, they finally did the surgery, got home that afternoon and my car got not one but two flat tyres so we had to cancel the water delivery in order to afford tyres & Hubby drove down the road to borrow some water from a kind neighbour – he should have been resting after the surgery.

Wednesday is missing from my memory completely.

Thursday was actually good but emotional, caught up with my closest friend L, she’s the only person in my world that actually knows about Us and she’s so kind, loving and accepting. Then we had our fighting self Stigma course, the one where I ironically have not disclosed my DID due to stigma… I’ll write about that separately, it’s good.

Friday was good but switchy, had tea with a neighbour to procrastinate- I’ve been trying to write a resume, I need to get a job ASAP and having a lot of trouble with writing a resume because I can’t remember dates we worked at places or the names of former employers who could be used as references.

Today I hit a moment of financial desperation, we organised a new water delivery for today but it cost $450 so ended up having to borrow money off one of my children so we could eat this week and I applied online for a job at McDonalds on a whim, it’s a whole thing for another post but they sent me a “you have been shortlisted” email 30min later and then another email 15min after that saying I have an interview on Tuesday. That was weirdly fast, especially on a Saturday, so Yay, I think?

Then I went grocery shopping with that borrowed money and somehow stepped in shit. Human shit, in the middle of the floor in the supermarket. WTF?

Then the water guy finally came, Hubby came home from work to help with the water delivery and then drove the hour back to work to try and do some more stuff because we’re super broke right now, he’s staying there overnight.

He is really, really stressed and getting more and more depressed. He shouldn’t even be working until his stitches come out but I don’t have a job yet & we have a mortgage and bills and four kids to feed so he has to.

Then my son came inside crying and informed us that one of our dogs was dead in her kennel. We don’t know what happened, she was fine when the water guy came a few hours earlier because I yelled at her to stop barking at him.

It might have been a snake bite, I don’t know… I just know that we have to somehow tell my husband tomorrow that he’s dog is dead because I couldn’t bring myself to call him tonight, he’s so tired and he’s already been through so much shit this week that I don’t know how he’s going to cope with it. I couldn’t bury her tonight either, she’s a German Shepherd and weighs 40 odd kg, the soils too hard to dig a hole by hand, Hubby will need to use the bobcat to do it. Fuck.

My other two dogs are confused, they’re sleeping on my bed with me as I type this now, they’re not allowed on the bed normally but I’m making an exception.

I’m just numb. This is ridiculous.

← Finding Out Stuff About Yourself
Falafels and Coming Out →