Falafels and Coming Out 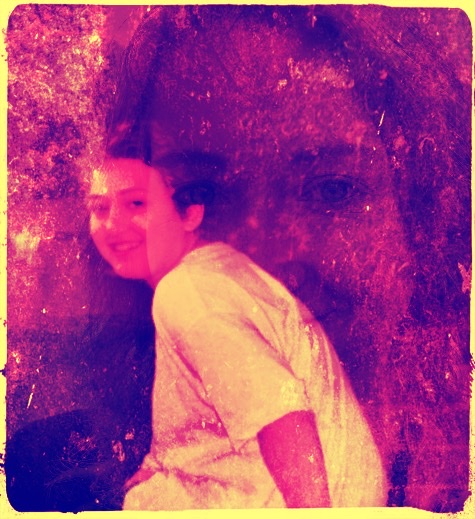 We had such a long day, full of stressful adulting things and important stuff that I can’t help with a whole lot, but I got to have a good day and I really enjoyed it because I bumped into my best friend in the whole world from a part of my life that I actually remember, a part I can hold onto like glue because I know it as my own, a time that feels more like yesterday than the real yesterday does.

We had time to catch up and we laughed and reminisced over nostalgic memories that we shared and we talked about stupid politics and great music and big feelings and all the shit things and how we felt comfortable oversharing and being 100% authentic with each other about how much we hate the stuff we are supposed to love and feel like we wasted our lives. We wondered if it was okay to talk so openly because we don’t technically see each other a whole lot and like somehow that makes it feel familiar and safe like a weird face to face version of internet anonymity.

I told him that I know I’m gay now and how I’ve probably really known since I was about 10 because I had done sexual things with other girls that I really liked and pretended to like boys cause I was supposed to and how much I had liked his girlfriend when we were 15 but dated his neighbour who was a boy instead because I was meant to like boys because liking girls was embarrassing and too hard to live with and how I somehow just kept forgetting and remembering then forgetting again all these years and how I had married a man and had kids and I knew at one point I must have been attracted to men or that wouldn’t have happened and confusing that feels.

I told him about the DID and how it’s so strange and confusing and that it means that I don’t even know if we are really properly gay or if it’s just me or just some of us but I don’t know if it even matters because I don’t know how to be me when I’m so much a part of them, I told him how trapped I feel in someone else’s life because of the huge impactful decisions that were made when I was too young to understand what I wanted and too frightened to find out.

He responded to my coming out to him with a smile of non judgmental care and suggested we get a falafel. It was the perfect response for me in that situation. He was my best friend, we skateboarded together, wagged school and went hiking in the bush and built forts and sang and played guitar on his porch until 3am most weekends. He taught me all these life lessons I only started to understand recently and I miss him so much but only when I’m with him, the rest of the time he doesn’t exist. Nobody does. Maybe I don’t either.

The universe gave me the gift of a chance meeting with him at that exact moment and I want to hold onto it so bad but it’s slipping away. Why did I get that chance? Why does he have grey hair and a beard after all these years passed for him when no years passed for me? I can’t bring myself to believe in God and divine intervention because it contradicts what I need to understand about myself, what I need to believe about myself but he feels like a guardian angel and I am scared I just imagined him, that he isn’t real anymore, that I sat at that coffee shop divulging my biggest secrets to thin air and everyone around was too polite to say anything to the crazy person.

I’ve been so confused for so long and it feels like every thing that happens makes it even more confusing and messy and I don’t know what to do about it, I don’t know how to fix it or even how to sit with it. How do people sit with feelings when they are so big and so overwhelming that they feel like they are crushing you?

How can they figure out what’s real and what’s not when time is so strange and feelings don’t make any sense anymore?

How can we know how much of it if ANY of it actually matters?