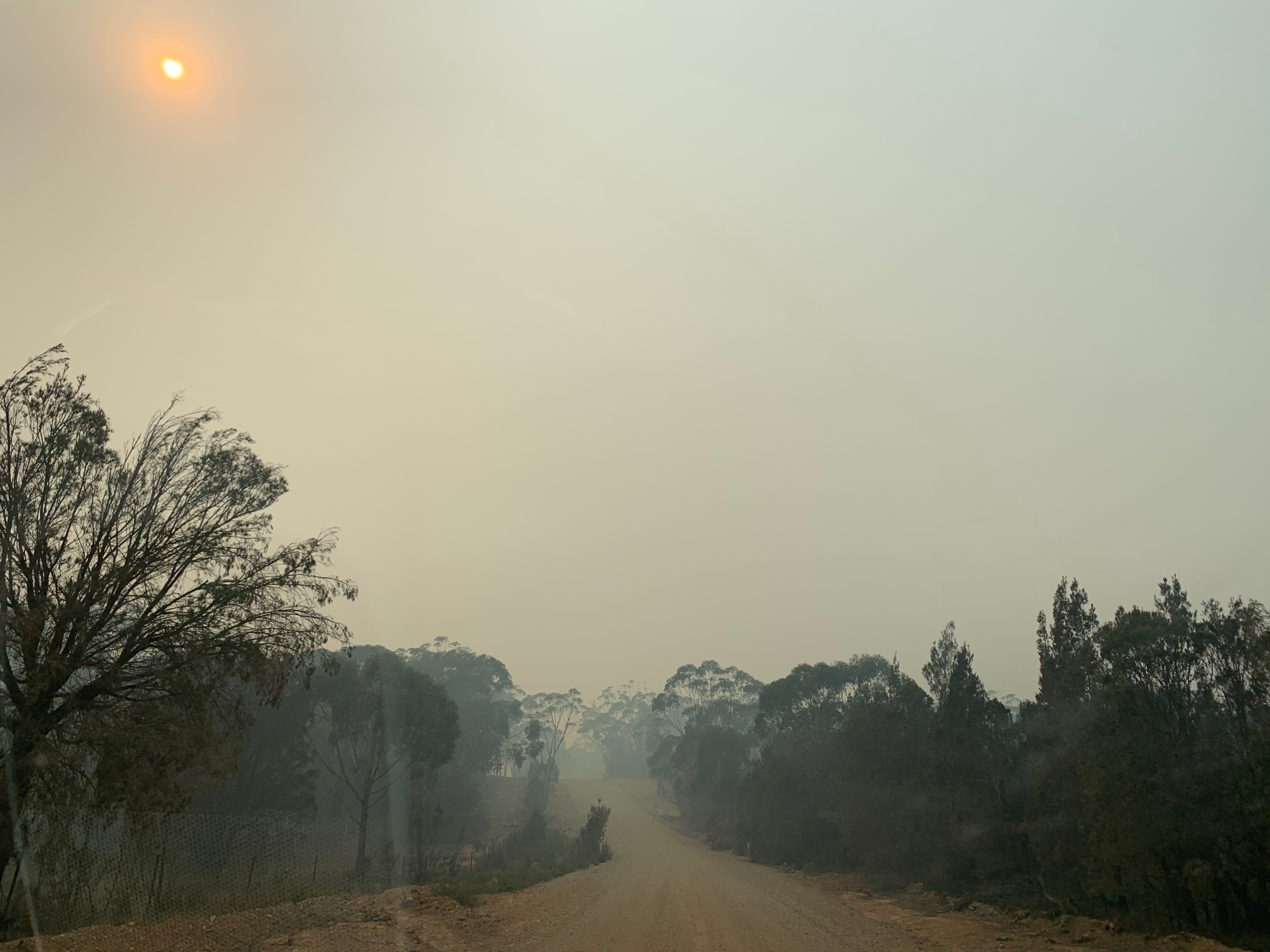 Wildfires are raging through my country. My state and my coastline are burning, the nearby hills are on fire, a thick blanket of smoke that descended upon us weeks ago lifts briefly as the wind changes, enough to just catch a glimpse of the once blue sky.

Everything inside and out tastes and smells of old campfire, unhelped by 40 degree days with no air conditioning and no option to open windows in fear of choking on the ever present sour smoke haze.

The parched, cracked ground begs thirstily for water but the drought has been long and cruel and there’s no end in sight. We could be forgiven for thinking once again that perhaps we did die in 2015 and are all in the bad place after all.

It’s suddenly 2020, I still feel like 1980 was 10 years ago but it’s apparently been 40. That means it will be the 40th birthday of my best friend this year, but we won’t be celebrating because we lost contact at some point in the last 5years. I don’t remember when, I only vaguely remember why. But I know neither of us wanted it to happen.

It’s not something that I think about much, the ability to unconsciously block out parts of my life is both a blessing and a curse but when I do remember it hurts like a fresh wound.

She sent me a photo at the end of last year of her daughters school formal, she’s a beautiful young woman now, I know intellectually that it’s been less than 5 years since I last saw her and yet I only remember her as the cheeky little three year old I used to babysit.

I’ve lost so many friends. I hate that I somehow forget to miss them until their loss comes crashing onto me out of the blue like a tsunami and I nearly drown in its wake.

I always find myself coming to on an abandoned beach somewhere in my mind once again somehow ignoring the decaying wrecks of these interpersonal relationships laying just beneath the surface and only seeing the sparkling still water that just manages to cover them – until the next time.

This year will mark 18 years of being a parent, 15 years of blogging, 10years of living in the Australian bush, 5 years since that near fatal suicide attempt…

So many other things have happened within those two decades, huge things and little things, births and deaths, things I struggle to recall, struggle to time stamp, struggle to put into the right order, so many memories of things that happened simply aren’t mine to hold on to. It makes me so angry sometimes, I grieve the missing memories and resent the hole they put in my story.

I’m a control freak after all and I can’t stand not knowing.

The decades prior to this are mostly lost to that mysterious ether, those memories are held now only by photo albums and old friends.

This year will see some big changes too, as you’ll know if you read regularly my Dad has Alzheimer’s, which I find oddly relatable, and he has been slowly slipping away from us for a few years now but now it looks like Cancer has become his next challenge to face, there’s going to be chemo and radiation and a million appointments though I imagine that realistically he probably doesn’t have much quality time left. Christmas 2019 came and went and despite the knowledge it would likely be his last good one, somehow we all forgot to take any photographs.

Maybe some things are better off being forgotten.