Telling Our Story, and Failing

I’m doing some mental health related educational class thingys at this place in the city. I think we’ve mentioned it before, maybe not.

I’d plug the group and the set up because it’s truly fabulous but it’s also small and We-the-system are paranoid about being ‘outed’ in real life for a multitude of reasons I can’t fully explain.

The class I’m doing right now is on safe storytelling and It has been hard for me. Really fucking hard.

It’s hard for a few reasons, I dont really gel in this particular group for starters, I’m loud and obnoxious, one of those pain in the ass types who talk over people too often and don’t listen enough, the others aren’t so much.

I’m very aware of my issues, Katie reminds me in no uncertain terms exactly how much I’m humiliating her every time I open my mouth. I’m working on it, honestly I am, I hate being “that person” in the room but unfortunately, try as I might at the end of the day it’s just who I am, and it’s bloody hard to change that.

This class has some very quiet people in it.

Had some quiet people.

They didn’t come back after the first session…

Katie says she thinks she knows why. The lovely Tim who was facilitating, commented that there had been some feedback from the last class about people feeling disrespected and not heard due to being talked over and some side conversations and asked us all to be mindful.

He didn’t single me out, he’s not like that, but it was obvious who he was talking about and Katie, who’s biggest fear in the universe seems to be ‘not being liked’ was completely devastated. The passive influence I feel when she’s upset is beyond overwhelming. At least I knew why I suddenly felt this way this time. Progress?

This class is the one I first saw on offer and the one that made me want to join up to the little college in the first place. I really wanted to learn safe story telling. I wanted to learn how to tell people about my ‘shit’ without hurting them, to express a point and deliver a stigma reducing message from a lived experience perspective and I wanted to do it without trauma dumping, alienating or triggering.

Take this blog. I attempt to be mindful of others but the real goal behind it, or at least MY personal goal, of writing here is more to get things the fuck out of my head before I implode than to be an educator and it’s formatted as such. If you’ve been reading here a while, you’ll know I have a blog wide trigger warning and it’s there for a reason, apparently, my personality is just one giant trigger.

So, basically this group challenges us to tell our story, find our key message, learn how to engage people and keep on track and then be brave and safely share it. All good stuff.

What story do I want to tell? There are SO many and many feel intertwined and unfinished and not really mine to tell.

I am also in this hard-to-explain position where I share a life and We the-collective-inhabitants have vastly different perspectives on our experiences, not to mention opinions on what an important key message to deliver through the story might be. 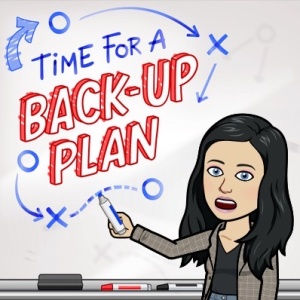 By this point I was trying extremely hard to not act like myself and be a quieter person, but it wasn’t going well. Katie was really upset every time I spoke without being spoken to and I was getting flustered and starting to dissociate a bit, not switching but zoning out and struggling to hear or partake in the conversation.

I suddenly snapped into awareness when someone asked a question about people delivering their stories in a third person format, this immediately put Us on guard and I made a comment about Terry from Brooklyn 99 being an example, but then Tim took it down that road and made a comment about having worked with people who had ‘dissociative identities’ before.

For several reasons, when this topic comes up IRL my system has a minor meltdown, some of us who crave connection are like “there are more like us nearby?!” Others are freaking out that we’re all about to be exposed somehow or about the impending stigma and it basically becomes panic stations inside while whoever is outside tries to act like everything is fine and normal.

Of course, someone else in the group questioned this comment further, my brain was fried by now and flipping out about where this was going, would this man who was so anti stigma maintain his non judgmental stance for something as controversial as DID?

I missed the question, but heard Tim answer “No, they really thought they WERE these other identities”.

Because I’d missed the question I couldn’t be sure of the context of his response, my heart beat sounded external and my fight or flight was in overdrive.

They asked something else, then he replied basically about ppl hiding behind these personalities because they can’t face calling what happened to them as themselves- and I heard words leave my mouth towards the lady sitting next to me asking all the questions “it’s not quite like that… it’s really experienced as different people, each part has their own experience of the life, it’s not just hiding behind a character.”

Then we just looked away and shut the fuck up in an attempt to I don’t know what. Not dissolve into a heap I guess.

They had all spoken respectfully about it, I think, in a fascinated way I guess, it’s just they weren’t quite right in their perception but kind of were, maybe on one level and…

I guess We just took it as they think people with DID are in an elaborate denial and… what if we are? I mean, denial is such a huge part of this shit at the best of times that it kicked off the whole ‘but “I” am not the person with the body name… does that mean I don’t really exist?’ spiral and it completely fucked with me.

The group then moved onto an exercise where we had to speak a two minute story on anything. I wasn’t in a good way at that point and my mind was in 10 different places, so I basically wrote a blog post on my phone that had as nothing to do with DID as possible and read it out.

Actually, that’s not quite true, I hijacked a half finished blog post Catherine was in the middle of writing, completely changed its direction to illicit a half thought out point I made up on the spot & try and meet some need internal need to pretend I hadn’t lost my mind from the previous conversation and that I actually had an important key message about anything to share.

Now everyone inside was already on the edge but that decision also made Catherine understandably very shitty. Katie still feels “humiliated on several levels” and I just feel guilty and stupid.

The group response was all sweet and kind, the topic probably didn’t give them far to move there though, it was kind of unintentionally manipulative in that it was born from Catherine’s pain and therefore didn’t leave a space for questions or (well deserved) criticism and that wasn’t fair.

Tim saw right through me, but was diplomatic about it, his comment was:

“You obviously had something you needed to say.”

Tim doesn’t BS and as much as it hurt me to admit it, he was dead right. I had artfully avoided the entire point of his session.

Sure everyone was actively listening to a sob story for 2minutes but it was not at all what he asked of us.

The tears we were fighting back while reading it out were real as fuck but it had nothing to do with the woeful tale I was spinning that didn’t even belong to me, and everything to do with the profound and painful knowledge that I don’t actually have ‘a story’ because I am one of those people hiding behind other people as a form of denial and am frankly still too immersed in the act of surviving and I don’t have an ending yet.

We’re supposed to do a five minute “our story” presentation next week and I am honestly thinking of skipping out on the class, and maybe on the whole college. Katie wants me to stop, she says I’m just embarrassing her and all of us and we should just walk away from this, from all of the mental health stuff. But to me that’s walking away from from us.

It hurts like hell that I’ve worked so damn hard on our mental health, and yet as much as I try to be authentically myself and live my truth I’m still standing here hated by parts of ‘me’ for that authenticity and without a definitive story or a ‘key message’ that can make any sort of a difference.

I feel like this one thing that was specifically mine, the thing gave me a little bit of my own purpose and pleasure has been challenged and shamed too many times by my own system, I am sick of hiding in the shadows but I also don’t know how to live an authentic life when it’s not just mine to live. And I don’t know how to accept any of it.

4 Comments on “Telling Our Story, and Failing”

Leave a Reply to Donnalee of Kingston NY Cancel reply