This years getting a bit ridiculous now, isn’t it? Seems the whole worlds gone to shit but nobody has any toilet paper to clean it up.

I’m weird right now, moody, sorry. I’ll write something with substance soon, or someone will. I’m around a lot at the moment, it’s kinda weird, I’m dissociative but not switchy to those of you who know what I mean.

I’ve just been cruising through the days in an odd combination of irritable, elevated but numb and emotionless. Parts of us think I’m hypomanic, but I dunno, yeah I’m spending too much money and maybe being a tad, um, reckless? But I sure ain’t happy.

So, what’s been going on here?

Well I can actually describe the best part of the last week or so which is unusual from a memory perspective, but I’ll take it!

I saw this weird triangle cloud above my house the other day: 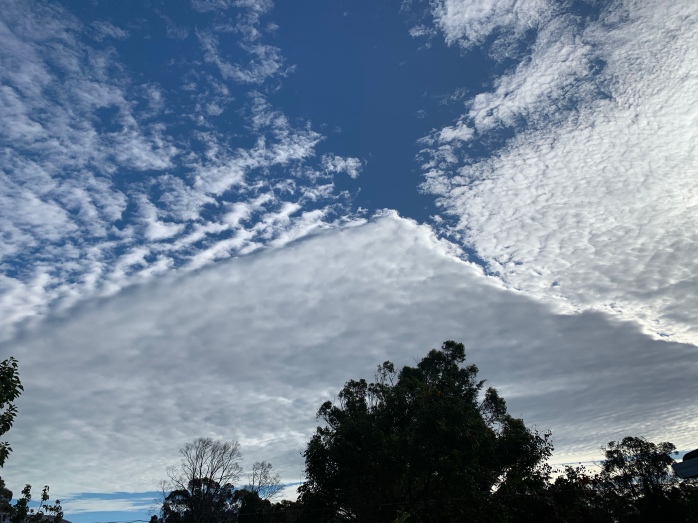 I also got my ear pierced again, this one’s technically to help with headaches and we’ve been thinking about it for a while, but honestly the timing was more an attempt to feel something. (It didn’t work.) 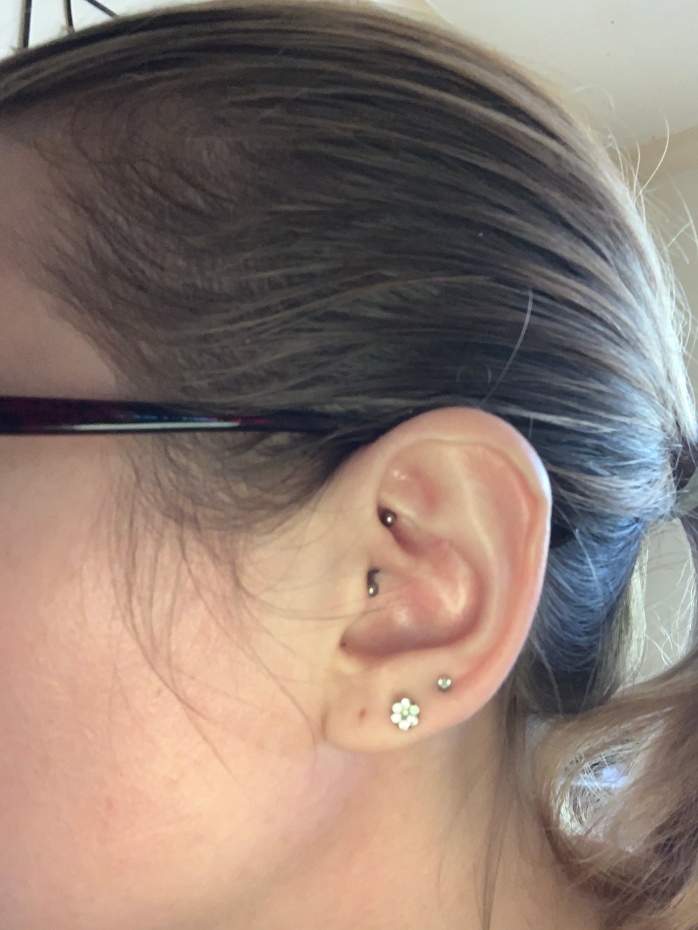 I was supposed to dye my hair too but my friend/ hairdresser has been quarantined due to contact with someone with the dreaded Covid19 so we had to postpone indefinitely.

Miss 10 turned 11 and we ate this cake to celebrate:

Two of her friends came over to celebrate, they were singing “ring a ring a rosy” at one point with an adaptation of “corona made us all fall down” at the end. They were unaware that song was originally about the plague which made it slightly eerie…

One of her friends gave her a card with this badge on it:

Mr 17 & I had to kill time in public last week so we went and saw a movie while we still had the chance to, not that social distancing was going to be a problem as we were the only ones there: 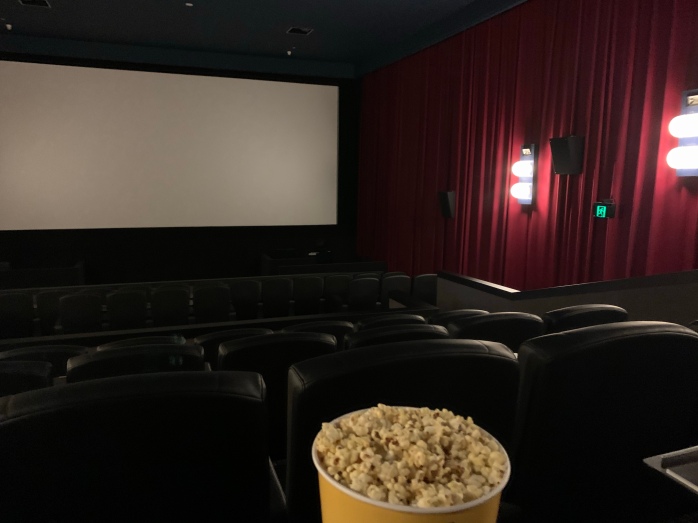 And I also dragged 17 to the furniture store & bought a couch we can’t really afford that’s being delivered on Wednesday, it has cup holders. Cup holders!!

I got jack of the old crappy one, it was second hand to us 15 years ago and it’s way past time for an upgrade, if I’m going to have to isolate, I’m going to do it in style Damn it!