Welcome to the Shit Show! 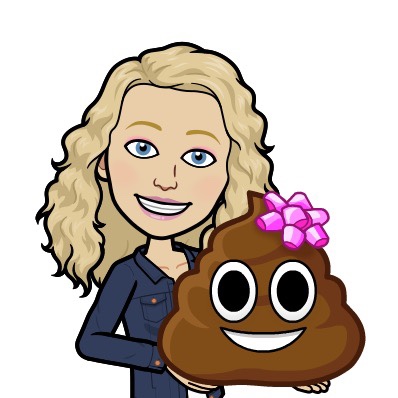 So we had the colonoscopy.

You may recall our anxiety regarding this procedure from our previous posts, all I can say is thank God for the ability to compartmentalise as we managed to not only attend but we didn’t run away even when we thought we saw someone from our past (just a doppelgänger) and we only cried twice.

The bowel prep itself was a figurative and literal shit show. Want to know more? Read on, if not probably skip this post.

After the dramatic start to fasting for bowel prep we finally hit go time. Pro tip from my amazing friend: USE A STRAW! This was an absolute life saver.

At 6pm Sunday evening I mixed the ‘dose 1’ sachet into 500ml of water, it smelled okay, a strong mango cordial kind of smell and I thought maybe they have changed it since my friend had it and this wouldn’t be so bad after all.

The mango “flavouring” was all a rouse! It was so bitter I somehow gagged down the disgusting drink through the straw trying desperately not to choke or let any touch my tongue and then you have to drink it within half an hour followed by a 500mm plain water chaser.

Now, I’m not good with textured beverages at the best of times, but that stuff is absolutely repulsive and when you add another half litre of water? Well, there was a 50/50 bet I was going to throw it straight back up again.

I got it down and sat on the bed grumpily dry retching for quite a while, while hubby sympathetically patted my back and tried not to laugh and we waited for the inevitable to happen.

We decided to start binge watching Schitts Creek on Netflix because a) it won a stack of awards and b) it seemed appropriately named for the situation. There was no movement at the station and I eventually fell asleep waking to Hubby snoring, the TV still blaring and the sudden all encompassing urge to go now.

I’ll spare you the grizzly details but essentially imagine any comedy movie where someone spikes someone’s drink with laxatives and you’d be on the right track. At 4am I got to have the second 500mm dose of the unpalatable “drink”, this one was labeled ‘peach flavour’ but tasted like marzipan mixed with that bitter apple spray you use to stop puppies from chewing things and it seemed far more um… Potent than dose 1 had been.

I nearly gave up at that point. 4am on a Monday morning is a depressing hour at the best of times, but when it’s coupled with drinking bowel prep and rushing to the loo every five minutes for a procedure that scares the daylights out of you, nothing really seems worth it anymore.

From an eating disorder perspective, and perhaps some of you may relate, I was disappointed that in the end I didn’t feel more “empty”. We headed to the hospital around 9am only stopping briefly for a few bathroom breaks.

Thankfully auto pilot numbness kicked in right on cue and we managed to get in to the building, sign in, say goodbye to hubby (no support ppl due to COVID) and didn’t even emotionally react at all as we waited to be taken to see the nurse – I love emotional dissociation at moments like this as I didn’t feel switchy but it still felt like we were just waiting in line at the bank and not about to have a procedure we had been terrified of.

It was only when the nurse was asking us questions and enquired about the whys of our anxiety things got a tad dicey in the keeping it cool department. I stammered out “PTSD childhood sexual stuff, I just don’t like being drugged and fiddled with and this… is exactly that” then the tears broke through for a moment. Luckily he was really kind and left the questions at that and then said I could take my time getting changed into that awful gown and as it could be a while waiting I could leave my knickers on until I got called.

Getting into hospital gowns is really hard for us too, there’s some ptsd stuff left from that hospital stay years ago regarding being gowned and feeling very exposed on a psych ward floor, but I digress, at least this get up came with a dressing gown and I still had my underwear so I felt less vulnerable.

Thankfully a lady waiting next to me started a conversation about all the places she had traveled pre COVID so that was wonderfully distracting until eventually I was called in.

At this point I had to lose the knickers and dressing gown, that’s when it hit me like a 4 x 2 and I cried again. The nurses were amazing and the anaesthetist agreed to give me the full sedation ASAP so I wouldn’t have that awful scary drugged out feeling and then the gastroenterologist came to talk to me and then I woke up in recovery.

The gastroenterologist spoke to me after and confirmed that they had found the primary tumour and it was nearly blocking off the transverse colon. He said at the time we would need a temporary stoma soon to prevent a complete blockage as they won’t do resection surgery until after chemo, but they’ve since changed their minds and said we could try and avoid the bag by just having a low fibre diet for now with chemo planned to start after our oncologist visit next week.

Hopefully it will start shrinking the tumour a bit. Apparently they’ll cross the stoma bridge if we show signs of blockage in the meanwhile, so I think that’s a win.