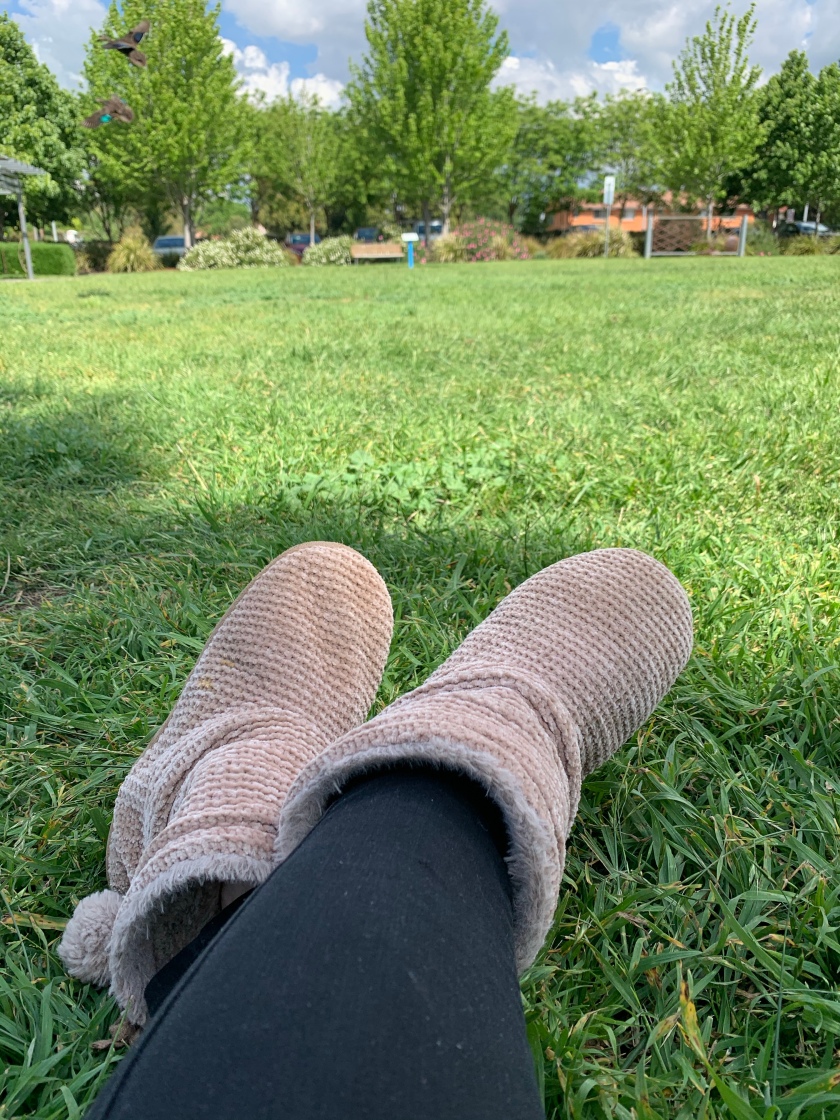 October 31, 2020 The Colour Of Madness cancer, Positivity Leave a comment

Except for a brief moment yesterday when “Donald Trump” decided to be a complete shit, I’ve been feeling really positive lately.

It’s a bit weird, but I’m going with it.

I actually legitimately got offered a job the other day then when I told him I couldn’t due to the Cancer and told him the story he was even more impressed because of my “inspirational positive attitude” the guy told me to come back when I beat this thing (and he just knew I would!) and he’ll create a role for me in his company because people like me were exactly what they wanted around there.

It’s a pretty great company too, looks like a stellar working environment and if I was less riddled with cancer right now I would have absolutely jumped at the opportunity. All I could think when he told me that was I’m glad he doesn’t read this sad sack, pity party of a blog or he’d probably have a very different opinion!

A part of me is a tad suspicious that I’m headed for a hypomanic mood shift, I’m definitely talking a little too fast as I keep having to repeat myself to people and I may or may not have been buying a few things I can’t afford.. I’ve definitely been quite happily making life changing decisions on a whim. I also keep just forgetting I have cancer, or at least the gravity of that although maybe that’s a dissociative thing too.

Ive only been out of hospital a week and a half and yet I barely remember that I was there at all, I was only in Sydney on Tuesday & Wednesday meeting with Drs about the next big surgery and plans for chemo and yet it feels like a lifetime ago.

Right now I’m having trouble concentrating on writing this because there’s a brand new diary next to me and I want to fill it out with upcoming appointments etc, I also have one eye out the window because it’s been bucketing down with rain for a few days and the sun just peeked out which makes me want to run out and pull out weeds immediately. My garden is so full of flowers at the moment it makes my heart sing!

People in the village who know about the cancer keep saying that I “look so well!” And aside from tiredness & some discomfort related to The Don, I FEEL well, mentally in particular I feel great! Which is potentially dangerous but also GREAT!

I went into town today and bought some new clothes today because I’m dropping weight like crazy and so none of my old stuff fits. I had my nails done too. Would have had a hair cut on a whim but they were booked out!

People everywhere were dressed up for Halloween, Australia is embracing it more and more each year and I got to pat four cute little dogs all in costumes who were with some people collecting money for the local cancer foundation. So cute!!

So basically I’m feeling positive today and I’m enjoying the Hell out of it. What happy positive good stuff have you done this week?

JAcKiE’s oBsEsSiOnZ oN A dAiLy..

A BLOG ABOUT MY DAILY OBSESSIONZ 'N STRUGGLES....

Its good to be crazy Sometimes

Because what U Eat does Matter!