Down The Rabbit Hole Part 2 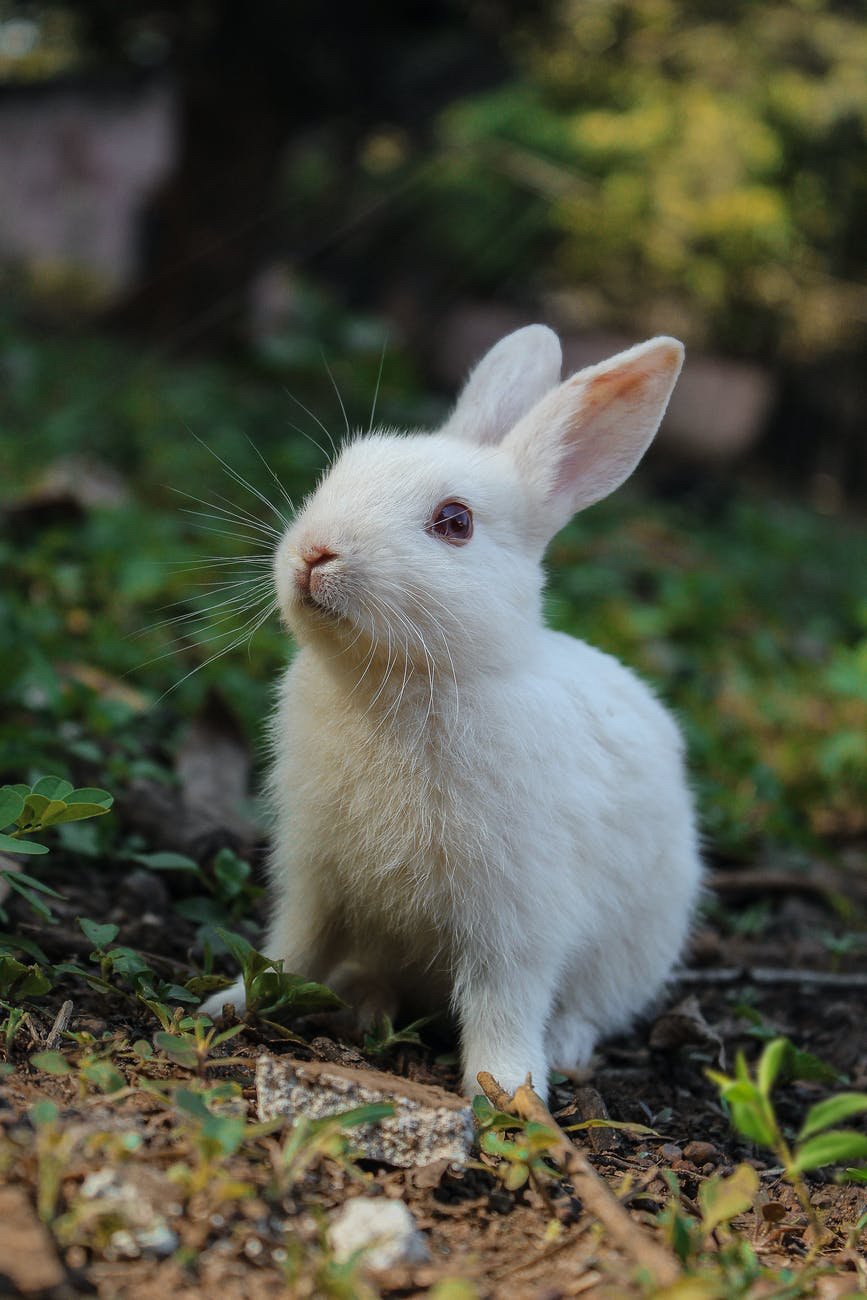 This is part 2 of the worlds longest thought process / story. Part 1 is HERE, you’ll need to read that first for context. Please note that while there are thoughts from other alters/aspects/whatever you want to call them throughout, these opinions were added by them after they read the initial story and added over a few days. It may make the actual story hard to read, but think of it like a forum. We lack the ability to have this kind of dialogue as a ‘conversation’ but thought it might be an insight to how our mind works for anyone interested.

I can’t wear masks. It’s not because I’m being defiant, it’s a PTSD related issue and it’s supremely inconvenient given the whole global pandemic thing. If I put one on, I will breakdown and cry like a fool within seconds. This makes things very awkward for all involved and while I do have an exemption letter, I prefer to just avoid going to mandatory mask areas altogether.

Unfortunately, while my GP was understanding of this fact and didn’t even mention it (the mean secretary didn’t comment either!) The hospital she sent me to wasn’t so tolerant. I completely understand why, I mean they’re frontline staff dealing with a crisis situation and they don’t need some unmasked dickhead fucking up their system.

The security team let me through into the ED itself mask free when I showed them the exemption letter and as I stood in the line to give my details I tried to ignore the death stares from a waiting room full of masked patients wondering what made me so special.

If I thought it was awkward going there before, now it was really awkward. I was trembling with anxiety and about one mask comment away from a total breakdown. I really had to fight every impulse in my body telling me to run away.

It was 10am ish. They took my letter from the GP, saw on the system that I was pre organised to be taken in and given a CT scan. The concern here from the GP and the surgeon was that I had either a recurrence of the cancer, a twist in something, a collection of fluid that might need draining or infection that might require IV drugs. The hope was it was just scar tissue adhesions from surgery and nothing sinister to worry about.

I was sent off into the masked waiting room filled with coughing and spluttering people and hid up the back trying to keep my immunocompromised ass away from everyone while being acutely aware that if I got sick it would be my own Damn fault for making a mountain out of a molehill and agreeing to go there.

I had no doubt in my mind that they would be sending me home that day and texted my friend Agatha an update still hoping to be able to make it to her place for a visit that afternoon.

I only had to wait around half an hour, that’s pretty impressive by ED standards, especially on a Saturday morning. I guess they’d pushed me through due to the doctor’s phone calls.

I got directed to a bed by a nurse with long blue hair in a high ponytail. She introduced herself and chirpily asked me if I had my own mask or did I need her to get me one? I explained the PTSD thing and handed her my exemption letter, she apologised and said she have to go and speak to her supervisor about how to proceed as masks were absolutely mandatory.

That’s when I lost it. All the fear of judgment and shame of being a stupid fool welled up inside me and I just started sobbing. The head nurse appeared and explained kindly that my options were basically to either mask up or be relocated into the isolation area with the suspected potential Covid cases where all the doctors and nurses were protected by full PPE.

So that gave way to option C. Go home again. Now obviously option C was going to be my pick, the blue haired nurse returned and apologised for making me cry and the crappy circumstances. I assured her it was my own stupid issues and nothing to do with her, but I appreciated the sentiment. I told them my doctors were probably being over cautious anyway and the pain wasn’t bad enough to be causing all this unnecessary fuss so it would be better if I just left.

She said that since I was already in a cubicle and the bed would need to be cleaned etc, they could give me a quick blood test and check there was no obvious thing happening there but it was totally up to me (I was still crying like a baby half way off the bed and mentally out the door already.) She said she’d give me five minutes to mull it over and then come back but if I was missing upon her return, she’d assume I’d legged it and she’d understand.

That was a really hard five minutes. My head was swimming at that point and I was frozen half on/half off the bed. If I left would my GP be mad at me? She’d gone to all that effort to ring doctors etc. I couldn’t have the CT scan anyway though so what was the point in being here. The nurse was being so kind and I was a blithering idiot who couldn’t even speak without sobbing. Fucking PTSD. How hard is it to just wear a goddamn mask? So simple and yet another thing I was a failure at.

Lucky this wasn’t a serious medical emergency, because if it came down to it, I’d genuinely pick death over wearing a mask. And what a waste after all this chemo… Cue suicidal impulses. I started scanning the room for ways to end my life immediately. One of the insiders interrupts my thought flurry and chimes in “well that’s just stupid, you’re in a hospital ED, not only would you not have enough time to initiate anything non-reversible by the ward filled with trained doctors, you’d likely wake up in a mask and they’d just end up sectioning you and you’d be stuck here. Think things through dumbass.” Another then sniggers, “didn’t work the first time, why would it work now?” Then I hear a “HEY! Did none of you HEAR the nurses name?” I had been too focused on freaking out to notice. “It’s Estelle! Maybe you should reconsider that blood test.”

Cue the nurse walking back in. “Ooh you’re still here! Shall we do the bloods then?”

“Um, did you say your name is Estelle?” “Yes it is!” The nurse affirmed by pointing to her name tag. “Okay, since your name’s Estelle… I guess that means I’d better do the bloods…” I accidentally said that last bit out loud and to Estelle’s credit her quizzical raised eyebrow WTF expression only lasted a second before her eyes started smiling again. I guess she sees a lot of crazy people in her line of work.

Feeling like I should provide some sort of reason for my comment (other than the truth). I stammered something about the name being unusual and that it had suddenly come up for me a few times in just a few days so it felt meaningful somehow. She humoured me and said something supportive about synchronicities.

I didn’t feel the needle go in, I’m not sure if she’s just really good at phlebotomy or I was too all over the place to physically feel things. As she wrote on the test tubes she checked the time “12:14” she commented out loud. Again I accidentally spoke out loud, “Really?!”

She was like, “yeah… why?” And I explained that the sequential numbers 214 is another one of those synchronicity things and now that was two things. She again kindly humoured me and told a story of a friend with a lucky number and I just concentrated on not speaking my thoughts.

Estelle drew the curtain around the bed so people wouldn’t notice my lack of face wear and left me to my crazy. A doctor eventually turned up and agreed to prod my abdomen even though I was maskless. I anxiously attempted to explain to her that I was completely fine really, this was an over reaction, I just wanted to leave and I was really sorry for being there and sorry for not having a mask and sorry for wasting her time.

She commented nicely that that’s what pays her bills and it was fine, but I still felt like a dick. She said the blood test should be back soon and unless something major showed up I would be free to leave.

I was busy kicking myself for talking too much again when the Dr returned. She announced that my blood work indicated I had mild pancreatitis which would account for the symptoms, but because I was not in much pain I could just leave. She said to come back if it got worse and I was thinking ‘yeah thanks, um no. I’ll figure something out myself if it gets worse.’ And I left as fast as I possibly could.

So I was able to both see Agatha AND go out in a mask free environment with my wonderful friend L and a group of our mutual friends that I don’t get to catch up with very often. Win.

I am just going to cut it off there because it devolved pretty quickly into name calling and went way off topic. So if anyone has actually read this far then props to you!

← Rabbit Holes & Overthinking
Am I lonely? →

3 Comments on “Down The Rabbit Hole Part 2”