Hypomania is an ‘elevated’ mood state, the word hypomania literally means “below mania” and it is essentially a more ‘watered down’ version of exactly the same symptoms as the more well known mood state of Mania (I have outlined those symptoms below). Hypomania does vary in intensity but generally doesn’t have the severe psychotic features such as delusions or hallucinations that may be present in an episode of Full Blown Mania and it still allows the person affected the ability to exercise some level of self awareness and judgement. Depending on the severity, people suffering from a hypomanic episode will often still feel well enough to be able to go to work or school, at times the increase in energy and faster thought process will actually serve to benefit creativity and productivity levels. Every promotion I have ever had, as well as writing the first draft of my memoir in only a 6 week period and writing half the content of this website can be attributed to the uncharacteristic increase in productivity stemming from hypomania. But don’t get me wrong, while it has its perks hypomania still ruins lives, particularly because some of the changes in your mood such as irritability or hyperactivity can simply come across as uncharacteristic rudeness or unreliability, and the fact that you are actually unwell isn’t as obvious to others as it is in a case of full blown mania or psychosis. 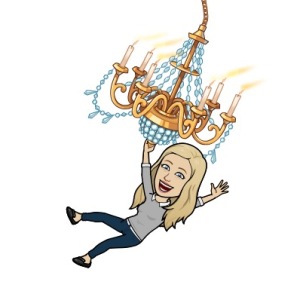 Mania is an extreme elevation of mood that goes well above the norms of excitement and happiness, it is uncharacteristic of the person’s usual mood and starts severely interfering with their daily life, functioning at work or school becomes impossible, psychotic symptoms may develop and hospitalisation might be necessary. Mania sometimes presents as a wonderful happy euphoria where colours look brighter and everything feels possible or it might present as extreme irritation, anger and racing thoughts. Below are some of the symptoms of both Mania and Hypomania, but their severity can vary dramatically with each episode and some people get only some of the symptoms while others seem to get the whole list at once.