Please remember that all of the movies and TV Shows I list here and have linked trailers to have the potential to be triggering to people, please use discretion when choosing to view this type of media. If you are feeling overwhelmed by any content you have seen, please call your local crisis hotline – Australia that is Lifeline on 13 11 14.

Below is a list of some TV shows and Movies with a mental health/ mental illness theme or lead character portrayal. There are lot’s and lot’s of them and so far I have only added a few that seem to get talked about a lot or I have seen myself. I will be constantly updating this page though and I will try and eventually add reviews of everything over time. If you know of other shows that can be added to this list please email me or let me know in the comments below. Also if you have watched any of these and would like to write a short review, please e-mail me at thecolourofmadness@gmail.com and I might put it on the site! 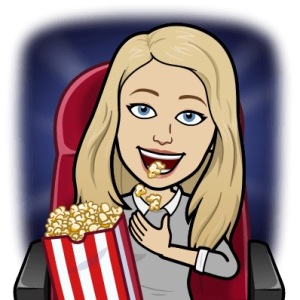 I enjoyed this one, in its essence it is a love story between two people both living with Bipolar Type 1. I thought it was a pretty accurate portrayal of the Manic end of the bipolar spectrum and I related to a fair bit of it. As is often the case in Hollywood they have focused on the more dramatic end of the bipolar pole but still in my opinion a good movie.

Halle Berry won a golden globe for her performance in this movie and it is in my opinion well deserved although for reasons I will never understand, the movie flew largely under the radar and went straight to DVD. Frankie and Alice seems to be a pretty accurate portrayal of DID from what I could see, it has been based on a true story and the film has certainly done its research. This is (so far) the only movie I have come across about DID that doesn’t portray the lead character as having a murderous Alter! I really enjoyed it, it was the right amount of heartwarming and heart wrenching but please note that some scenes may be triggering to people with DID.

This is a horror filmed based around a lead character with Dissociative Identity Disorder who has in classic Hollywood style, an Alter who becomes a terrifying killer. This movie could be have been viewed as entertaining if it wasn’t so frustratingly stigmatic. It does little to raise awareness of what actually living with DID is like and instead reinforces the myth that people with multiple personalities are dangerous. If you have DID, I would probably recommend that you don’t watch it, if you don’t have DID then please don’t base your assumptions about the disorder around this movie.

I didn’t mind this one, it’s portrayal of Anorexia seemed fairly accurate for a big movie like this, however it is EXTREMELY triggering, even in the trailer there are a lot of visual portrayals of the lead character as extremely thin as well as mentions of calories and weight numbers. While in a way this was necessary for the movie to be accurate and it does help raise awareness, please be mindful before watching the trailer or the full movie if you have have a history of eating disorders.

This one is based on a true story. I watched this back when it first came out and absolutely loved it, I haven’t seen it again since though and can only remember parts of the storyline so I will have to re-watch it before offering up my opinions. 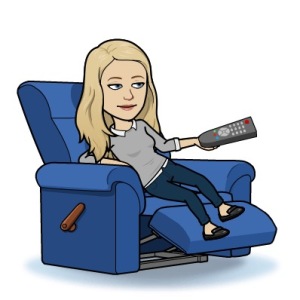 Please be aware of your personal triggers and exercise caution when watching any of the following trailers. If you are feeling suicidal, please call your local crisis hotline – in Australia that is Lifeline on 13 11 14.

Back to resources and info

Together we can thrive

The Life of A Mentally Ill Writer

Normal is out there

Living with Bipolar, Anxiety and Depression...the good and the bad

A mindful way to heal

blogging my journey that is sometimes easy, but mostly not